Ice Bucket Challenge: Friend of Man Who Inspired It Drowns in Accident 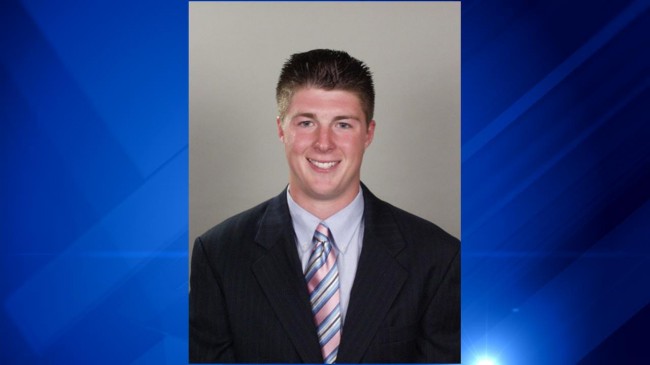 The friend of the man who inspired the viral ALS ice bucket challenge, Corey Griffin, drowned in accident after diving off a building into the harbor below in Nantucket, Massachusetts. Just hours after raising $100,000 for amyotrophic lateral sclerosis (ALS) treatment and research, Griffin went missing at 2 am, last Saturday morning.

The 27 year-old man, who spent most of his time raising money for a good cause, allegedly dove off of the Juice Guys building into the harbor below. The ALS ice bucket challenge was inspired by Griffin’s friend and former Boston College baseball player, Pete Frates, who discovered he had ALS two years ago. Frates can no longer speak, though a video posted online of him pouring a bucket of ice water on his head has inspired people such as Bill Gates, Taylor Swift, Jimmy Fallon and LeBron James to do the same and speak out on ALS.

According to a statement by the Nantucket Police Department, after he dove off the building, Griffin resurfaced briefly before slipping to the bottom of the harbor. Off-duty lifeguard, Colin Perry, was nearby and made several dives to recover Griffin’s body from the bottom of the harbor. Paramedics performed CPR upon their arrival, although it was too late to resuscitate him. Griffin was pronounced dead an hour after his dive, at a nearby hospital.

The ice bucket challenge has gone viral on social media, inspiring people to donate and raise awareness for ALS treatment and research. People get nominated, post a video of themselves throwing a bucket of ice water on their head and nominate three more people to do the same within 24 hours or donate $100 to the cause. Although, according to the rules, people do not have to donate to the cause if they accept the challenge, the vast majority of the population who have participated have done both.

Griffin was proud of the work he had done to support the research and treatment for those with ALS, much like his good friend Frates. “He was the happiest guy in the world,” said his father, Robert Griffin. “He called me last night and told me he was in paradise.” Griffin had been spending most of his time helping out Frates by raising money and creating events for the cause. He allegedly jumped off the building to celebrate his success in raising $100,000 in honor of Frates.

ALS, which has also been known to be called Lou Gehrig’s disease, attacks nerve cells and eventually leads to total paralysis, although the mind remains sharp. From the time a patient is diagnosed with ALS, the average person is expected to live only between two and five years. About 300,000 Americans are now affected with the ill-fated disease.

Between June 1 and August 13, people shared more than 1.2 million videos of the ALS challenge on Facebook, and have mentioned it on Twitter 2.2 million times since July 29. The ALS Association stated, just last Sunday, that they have received donations totaling $13.3 million since July 29. Compared to last year’s donations adding up to $1.7 million during the same time period, the ALS ice bucket challenge has gone extremely far in its goal to spread awareness.

Just a few hours before he dove off of the building, Griffin spoke with his father about the $100,000 he had raised in honor of his friend, now commonly known as “the man who inspired the ice bucket challenge,” stating he was happy to help Frates. According to his family, Griffin was a very positive, motivated and active man and friend, especially to Frates. They say he was always organizing friendly games for his younger cousins and was a role model for them. According to a social media statement released by Frates, “helping out was nothing new for Griff. He held his own event for me back in 2012, just months after diagnosis.”