By Amy Gilmore on August 16, 2014Comments Off on Iraq: Yazidis Continue to Fight for Life 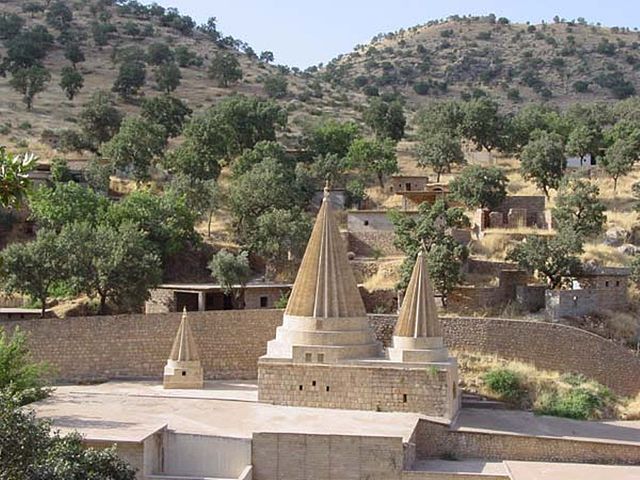 Iraq’s northwestern region is being called “death valley” by the Yazidi people as they continue to fight for life. The Yazidis are thought to be dying by the thousands, but there is no way to confirm that since the Islamic Brotherhood militants took over the area. The U.N. estimates there are approximately 200,000 Yazidis refugees. Most have fled to a mountainous region of northern Iraq where resources are scarce.

The Yazidis are people who belong to a pre-Islamic religion, they speak Kurdish, and live in the Kurdistan Regional Government of Iraq. Yazidis have been the focus of Al-Quada for a very long time and they have recently become the focus of the Islamic Brotherhood (ISIS). In June of this year, ISIS took over Mogul as well as four oil fields and refineries. The oilfields and refineries were one of the first things the militants conquered. They focus on the oil as they plan to sell it to fund their organization.

Jonatan Krohn, a western journalist for The Telegraph, was able to visit the region in Iraq by tagging along with the Iraqi Military on a mission to bring aid to the refugees. He begins his article saying, “Mount Sinjar stinks like death. The few Yazidis that managed to escape can tell you why.” When they arrived at the location to drop the aid hundreds of Yazidis swarmed the helicopter as they were one of only a few successful aid missions. The general in charge of the mission told Krohn, “it is death valley. Up to 70 percent of them are dead.”

Transport planes and helicopters are trying to access the refugees and bring them to safety, but the mountainous terrain prevents them from landing in some areas. The helicopters are able to lift a few dozen to safety but there are thousands of refugees. A Iraqi MP confided to Baghdad reporters that a couple of days were left to help these people before they started dying in droves. The refugees have no water, and in the middle of the sweltering Iraqi summer, they will only survive for a few days without water. A pershmerga fighter told Krohn, “to be honest, there’s not enough for everyone. It’s five people to one bottle.”

The Yazidis refugees of Iraq are being forced to make difficult decisions as the continue to fight for life. Refugees have been forced to leave their elderly parents at home while they fled into the unknown. One man was forced to leave his dying niece on the top of a mountain when he was airlifted to safety, while others told of scores of people they were travelling with that had died. Some died from dehydration while others were gunned down while attempting to flee Sinjar.

Yazidi people have faced persecution for hundreds of years, so much so that it has become a part of their culture to some extent. The Yazidi people lived in the mountains in rural villages until the 1970s, when Saddam Hussein destroyed their villages and forced them to move to the village of Sinjar, which he built for them. Now, there is no infrastructure in the mountains, whereas before Hussein destroyed their villages they were self-contained, with resources to care for themselves.

The Yazidi people are terrified right now and at the mercy of conflicting governments. Islamic fighters are detaining hundreds of Yazidi women and have killed more than 80 Yazidi men in one of their villages. Iraq is once again torn apart by war as the Yazidi people continue to fight for their lives.