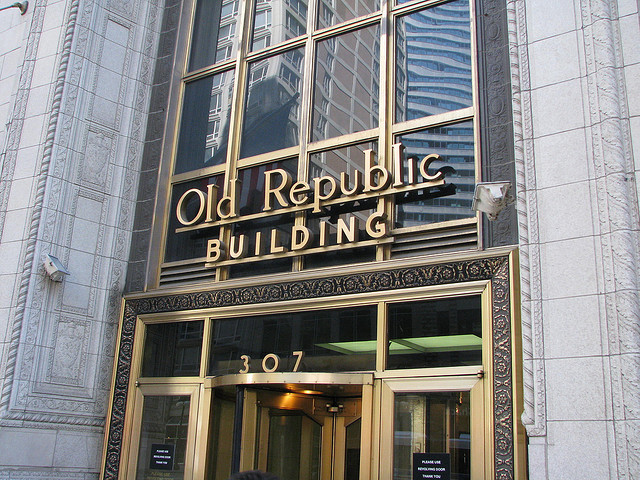 The Islamic State of Iraq and Syria (ISIS) sent a threatening message to Chicagoans via twitter under the #AMessageFromISIStoUs hashtag. The tweet shows a man’s hand holding what appears to be a rumpled note card with Arabic writing standing across the street from the Old Republic Building in Chicago on Michigan Avenue. The August 9 Chicago tweet follows a similar tweet with a handwritten note and the White House in view. As noted by Secretary of Defense Chuck Hagel, ISIS represents a new and grave type of threat. They enjoy tremendous funding and combine military expertise with rigid ideology. Hagel states that the organization is “beyond any terrorist group.”

Having ISIS send a direct terror message via twitter to threaten U.S. citizens in Chicago is certainly easy enough to accomplish with a willing participant. The group has previously used social media for recruiting purposes. Nevertheless, staging an actual operation in the U.S. is a more time-consuming and complicated endeavor and ISIS is currently engaged on several fronts in Iraq and Syria. Perhaps the idea was to blunt U.S. public opinion against ramped up air strikes against ISIS positions in Iraq. According to reports, President Barack Obama and his advisors are currently considering expanding the strikes to include ISIS targets in Syria.

The twitter post purportedly from ISIS says “[w]e are in your streets” and “[y]ou are our goals anywhere.” Using Chicago as a potential target is consistent with other terrorist behavior the last few years because several terror groups refer to the city as “Obama Town.” Terrorist anger at the President stems from the many drone attacks to in Afghanistan and Pakistan to weaken terror networks and their leadership and the takedown of Osama bin Laden by U.S. military personnel.

ISIS appears to be angling for an aggressive U.S. response. The beheading of James Foley was repugnant to a worldwide audience, together with the wholesale slaughter of Yazidi Christians in Iraq. In a video interview with an ISIS fighter in Iraq by VICE News, the fighter invited U.S. soldiers to come to Iraq and fight and said U.S. forces had already been “humiliated” there. In what looked to be a response to the ISIS Chicago tweet by a former U.S. veteran, Bryan Suits said he used to be in Iraq cities and provided “free rides to Paradise.” Although many in the U.S. public seemed to have war fatigue with the situation in Iraq when the military still had a significant presence, the taunts of ISIS could galvanize U.S. public opinion for a forceful response to the growing threat.

One of the major objectives of the war in Afghanistan was to wipe out terror attack staging areas. With ISIS controlling large chunks of Syria and Iraq, a potential terror menace with strategic and military expertise now has the terror staging area in which to operate. Although political concerns often tie the hands of the U.S. military to set rules of engagement, no one disputes its fighting effectiveness. Sending U.S. troops back to Iraq appears to be a longshot at this point; however, the ISIS threat to Chicago and Washington, DC via twitter could deliver to the group a forceful U.S. response. Like Osama bin Laden, they could regret making the request.