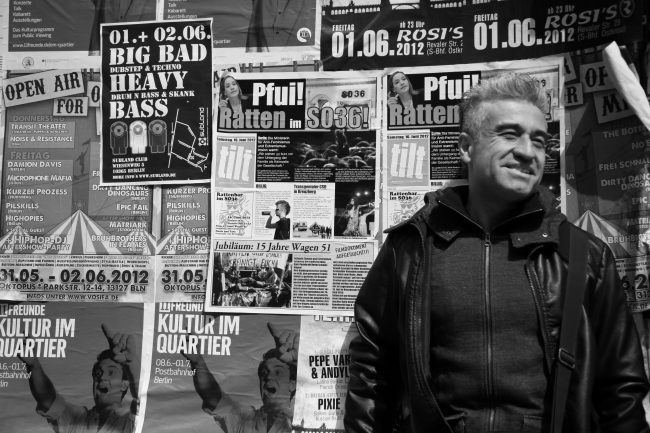 Jorge González, leader of the iconic Chilean rock band, Los Prisioneros, thinks everyone should be friends. His first full album in years more than five years, Naked Tunes, comes as a primarily solo effort and officially releases September 15, 2014. Under the name Leonino, González speaks his mind toward more of an English-speaking audience.

With multiple elements present, Naked Tunes could most clearly be identified as soft rock, pop, electronic, and folk. With González finding simple beauty in the relation between a single instrument and voice, it would also be fair to relate his feelings to that of John Lennon. His simple use of drums and repeating lyics allows for extra emphasis and dynamic within lead vocals.

The creative genius behind the vocals is not focused around the lyrics as much as they are on the presentation and structure. The track, Don’t Change Your Mind, is an intimate conversation that has plenty of small tweaks and details that keep you guessing while keeping you firmly rooted in the atmosphere. It is surprising that the album feels a little unpolished at particular moments, the ending of Don’t Change Your Mind for example, feels premature and inconclusive.

My Love Will Set You Free introduces itself with the same chorus used throughout the track, as a result, the track feels as though it begins without a proper introduction. The track lacks complementary instruments for the majority of the song, leaving the emphasis entirely on González. The combination of González’ vocals and guitar playing stand strong on their own with a feeling of confidence brought about by a lifetime in music. As the track continues, it builds up to its climax which feels wasted as the vocals sick to the chorus instead of taking the track in a more elaborate direction. This track reflects the lack of direction within the album. 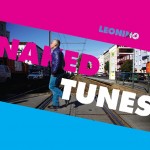 Naked Tunes does not last very long, hitting just above 35 the minute mark with a total of ten tracks. As a global idol this release is sure to hit that nostalgic spot for many dedicated fans, others will have difficulty with the English lyrics, and others will find a new beauty in that special atmosphere Leonino occasionally dips into. Although there is currently no video for it, highlight of the album, Not a Sound (feat. Mariano Scopel) can be heard on the Soundcloud link below.

Excluding the last track of the album, (There Is a Light) all songs were produced by Leonino at Krossener Studios, (Berlin) with Tobias Freund mixing and mastering.

González is praised for his sarcastic and honest voice, but at certain times it loses its charm and feels aggressive, like he was a plan that must be adhered to. However, most of the time Leonino makes creating a comfortable environment look easy, How Many Times Did You Save My Soul (feat. Argenis Brito) makes use of a choir and clapping to enable a feeling of united appreciation and strength. Times have changed, but Jorge González (Leonino) has shown that his musical fire is still present and burning.