Magnetic Nanoparticles Target Tumors and Get Cells to Commit Suicide 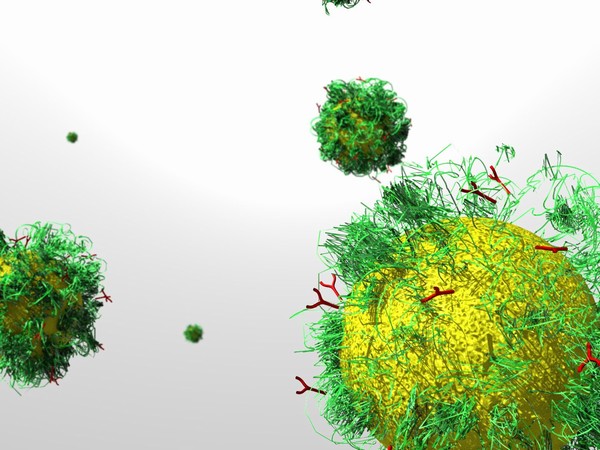 Magnetic nanoparticles were equipped with a tumor-specific promoter gene and a “suicide” gene to target liver cancer cells and kill them, according to a new study reported in the journal Nanotechnology. This is an example of gene therapy and magnetic hyperthermia methodology combined to treat cancer.

Gene therapy has been difficult to perfect because it has been hard to find the proper vehicle for genes that are intended to be placed into cells. Viruses have been used as vehicles because they naturally insert themselves into cells, however, they provoke an immune response and are hard to direct without errors. Nanoparticles were used in this study as a substitute for viruses as gene vehicles.

The magnetic nanoparticles that carried the two genes that killed the liver cancer cells were tested on human cells in vitro (that means in dishes) and also in vivo in female mice. When the magnetic nanoparticles were injected and found the target tumor cells, alternating magnetic energy was applied and this energy was then converted to heat so that the tumor cells committed suicide but the surrounding healthy cells remained unaffected. This methodology is called magnetic hyperthermia.

Magnetic hyperthermia has the potential to cure many types of cancer in many areas of the body. The trick is to engineer appropriate methods to target the cancer cells and deliver either a suicide gene or molecule such as iron or gold to the cell. The advantage of any of these types of methods to treat cancer is the unwanted systemic side effects can be avoided. Combining gene therapy, magnetic hyperthermia and nanotechnology is an exciting arena of research that holds great promise for treating cancer patients.