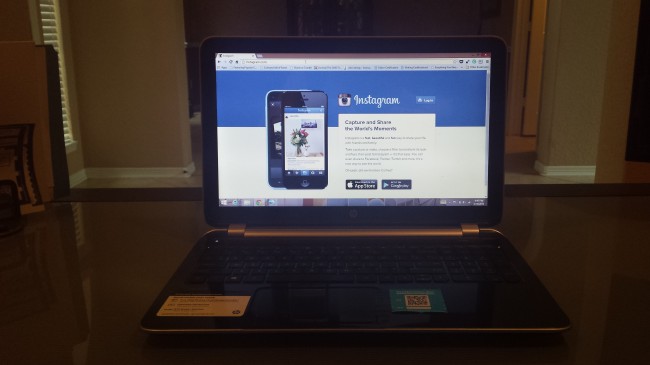 Police arrested a 15-year-old California teen on Sunday, August 17, 2014 for making school shooting threats, but have issued official statements saying the posts were nothing more than a prank. The teen used Instagram as the platform to make threats that he would be shooting up Southern California schools. The threatening posts were quickly taken down.

The teen was arrested at his home where police served a search warrant and completed a thorough search of the boy’s home, but the search turned up no firearms. Police said they were taking the threats very seriously, but after talking to the teen they felt the boy was making the threats as a prank to get a rise out of his friends.

Threats against schools are taken very seriously, as there have been many tragic school shootings and acts of violence over the last 15 years.  The first highly publicized mass school-shooting was at Columbine High School in Colorado happened over 15 years ago and was burned into the minds of many.

The shootings at Columbine High School were committed by two obviously disturbed teens who shot 13 students and staff killing them and injuring 20 more before taking their own lives, which many felt was the ultimate act of injustice.

The gunmen were 18-year-old Eric Harris and 17-year-old Dylan Klebold. Investigators launched a massive investigation to try to determine the reason the two students decided to go on a killing rampage at 11:19 am on the morning of April 20, 1999. Some of the speculations as to a motive included that the two had been bullied, were prompted by violent video games, or by Goth culture; yet none of those theories were ever proven.

The students and teachers who lost their lives and were injured by Harris and Klebold were not the only victims of the teen killers.  The unspeakable violence witnessed by the students at Columbine High School left many with lasting psychological scars, which is to be expected when a teenager witnesses the murders of their friends and teachers.

Since the Columbine shootings threats against schools have been taken very seriously, but investigators said the online school-shooting threats made by the 15-year-old teen who was arrested on Sunday were not substantiated and that the boy claims they were nothing more than a prank. Investigators said in a news conference that the pictures posted on Instagram were nothing more than “stock photos” from the internet. Even the sign from Valencia High School, which was posted with the caption stating that Valencia High School had been selected to be the location of the first shooting.

Other posts included pictures of dead bodies as well as racial and sexist threats. One of the threats stated that there would be a massive school shooting on Monday and a lot of people were going to die and suffer from the carnage. The fact that police are calling the posts by the teen who was arrested for making the online school shooting threats a prank is little comforting to parents, students, and teachers in the area.

The threats caused panic in Santa Clara Valley in both parents and students alike with Monday being the first day of the new school year. One parent, Karin Tucker stated, “I was devastated. It was unbelievable. I think the threats that were made are very concerning.” Other parents, students, and teachers shared the same feelings about the threats.

No additional information has been released about the identity of the 15-year-old teen police arrested in connection with the online school shooting threats police are calling a prank. Additionally, police have not disclosed what charges the boy faces. Investigators have only said that they are taking the situation very seriously, even though the boy has stated that the whole thing was just a prank. Nevertheless, with the suspect in custody students were expected to be in attendance ready to learn on the first day of school.