Why True Blood Is the Best Vampire Show Ever 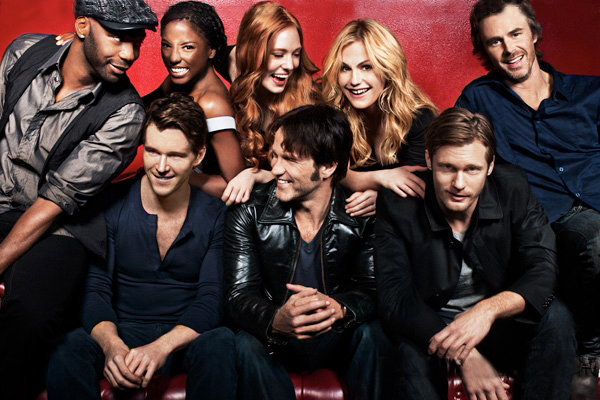 The television has always been a medium of change and a part of most households. Unless one lived under a rock, the joys of daytime, prime time and late-night television is never lost on anyone. Mad Men, Breaking Bad, and now True Blood, have finally drawn the curtains on a successful run they have enjoyed over the years. Here is an observer’s view on why True Blood is the best vampire show ever, and why it continued beyond season one.

Like everyone, the author has had the staple vampire education over the years. Buffy The Vampire Slayer, The Vampire Diaries, Moonlight and Twilight – out of curiosity – taught the few things that all vampire fans learned. Bram Stroker’s Dracula, gave us our first blood sucking, fanged, cold, pale and undead vampire. What made True Blood different was the humanity it imparted to the supposedly undead.

One of the reasons that True Blood succeeded on HBO, is the fact that its treatment of vampires was not the usual dark and cold one. Its unorthodox treatment of the subject added color to an otherwise drab and dark subject. It treated vampires the same as humans. Equality was the theme all along, you can see it come full circle in the last season as Jessica Hamby and Hoyt Fortenberry tie the knot. Sookie did not get her happy ending with Bill like the show led us to believe, nonetheless it is what one should expect from the show that did not follow any rules.

True Blood never claimed to be an original work, it drew most of its inspiration from Charlaine Harris’ Sookie Stackhouse series. For someone who read the books and then caught up with the show, it should come as no surprise that the first season was probably the only one that remained true to the story. What transpired over the next six years was mostly dramatized and strayed as far as possible from the stories they were based on. Alan Ball and his successors who helmed the creative production on the show made sure the book was used as a base and not the source. Evidently, you cannot stage a successful show for the next five years if your audience knew everything en avance.

What worked for True Blood was the celebration of everything that was abnormal. By coloring vampires, fairies, shape-shifters, witches, and humans various shades of grey, it was a hard time for most watching to pick their favorites. Six years of leading people to love the ones they hate and vice-versa, is what made True Blood the best vampire show ever.

The many sex scenes pictured between various characters over six years and the taste levels for a supernatural drama that aired only on late-night television,were appropriate. Although the show did have one too many scenes, they never felt out of place. To be fair, the show was pan-sexual, but shattered the notion of what was taboo for its time. How people forgot their partners and moved on, may have been difficult to process at first, but knowing that there is someone around the corner made it easy for the viewers too. One always knew that anyone on a break-up is sure to bounce back with a character you never expected. Hint, Lafayette and James the vampire. Kudos to Nelsan Ellis, for living and breathing Lafayette. Laverne Cox, hugely successful on Orange Is The New Black, may be a catalyst for change and is challenging the norms of television, but Ellis as the effeminate Lafayette is the unsung hero behind this change. The thoughtful producers paired each character with the most unexpected partners that apart from Eric and Pam, Jessica and Hoyt, each reveal came as a surprise.

What added more value to True Blood was it’s stellar cast. The show’s cast  was picked from the ends of the earth and showed that anyone can carry an American show without necessarily being one. Take Anna Paquin, she is from Wellington, New Zealand. Ryan Kwanten is from Sydney, his Louisiana accent was so spot on that unless googled, one would never know he’s Australian. Stephen Moyer is English and Alexander Skarsgard, the devilishly handsome Eric Swedish by birth. Dennis O’Hare, Carrie Preston, Rutina Wesley, Deborah Ann Woll, Kristin Bauer van Straten, Chris Bauer, Sam Trammell, Evan Rachel Wood and lot of guest stars added value to a story that seemed to lose track at times.

The eye candy the show provided must be mentioned. If it was not for anything else, True Blood always hired actors that could act and were pleasing to the eye. The focus was on the role, but physical beauty needed to be appreciated too.

Vampires were no longer heartless creatures. They were loving, loyal, probably had 50 shades of grey, but could turn evil in an instant. Giving a voice to an otherwise carefully crafted figment of imagination is a feat in itself.

Comparisons were drawn between the LGBTQ community and True Blood, and to a certain level they were true. Whether it was the God hates fangs signage, a play on f**s, the derogatory word for homosexuals or Hep V, a metaphor for HIV, the show united its characters who survived with love. Heart break, letting go of things, revenge and acceptance were the main themes that anchored a show loved by many and made the vampires in the show as humane as possible. This is perhaps why, True Blood will be the greatest show on vampires in a long time. So long True Blood. Let the bon temps er, good times for the cast of True Blood roll.