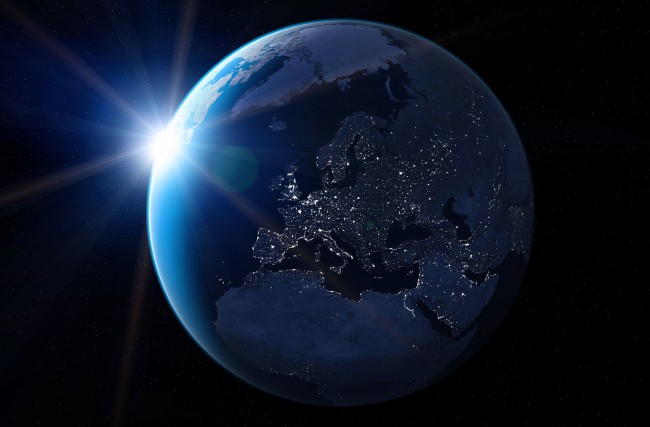 The world news daily digest from Guardian Liberty Voice for August 7, 2014 covers the investigation into the Air Algerie crash in Mali, the capture of the largest dam in Iraq by the ISIS rebels and the extension of the NSA whistleblowers’, Edward Snowden, stay in Russia.

Following an investigation into the Air Algerie Flight AH5017 crash in Mali, the investigators have reported that the one of the cockpit voice recorders is too damaged to extract any information. Although the device has been recording sound, the recordings are unintelligible. This is not believed to be the result of the crash, but is believed to be a technical problem. The plane was en route to Algeria from Burkina Faso when it went down, killing all 118 people on board. France took the leading role in the investigation as almost half of all of the passengers on Flight AH5017 were French citizens.

According to French officials, it is believed that bad weather in the region was the likely cause of the crash, however other possible explanations have not been ruled out. Prior to the crash, the crew has requested permission to return back to Burkina Faso because of the bad weather in its flight path. Almost immediately after, the plane lost contact with the control tower. President of France BEA air accident investigator, Remi Jouty, has said that based on the strong concentration of debris on the ground, it is highly likely that the plane had broken up on impact instead of in the air.

On Thursday, Sunni militants have captured what is to be the largest dam in Iraq. Mosul dam, is 30 miles northwest of the city of Mosul and is the only source of electricity for the city. The dam also controls water supply for the vast majority of the territory. The capture of the dam has potentially catastrophic consequences for the Iraq’s civilian population. According to a United States government report published in 2007, if the dam fails, a 65-foot wave of water could be released across all areas of northern Iraq. Civilians and officials located near the dam have confirmed that Islamic State in Iraq and Syria (ISIS) has captured the dam and many have begun to flee the region.

The capture of the Mosul dam has also been confirmed on the social media group that is believed to belong to ISIS. On June 10, ISIS has seized Iraq’s second-largest city, Mosul, and spread fears of a potential capture of Baghdad. Fighting has continued all across the region, intensifying after it became clear that ISIS has announced an establishment of an Islamic caliphate between Syria and Iraq.

The National Security Agency (NSA) whistleblower, Edward Snowden, has been granted permission to stay in Russia for three more years and will now be allowed to travel abroad for three months at a time almost anywhere in the world. Snowden’s lawyer, Anatoly Kucherena, informed the media that Snowden received a three-year residence permit after his temporary asylum ran out on August 1st, 2014. While a political asylum would have allowed Snowden to stay in Russia permanently, Snowden will be eligible to extend his residency after three years and would be eligible to apply for a Russian citizenship after five years. It is still unclear if Edward Snowden intends to apply for a Russian citizenship.

Edward Snowden arrived in Moscow on June 23, 2013 while on his way to Cuba, however he was forced to remain in the Sheremetyevo airport when the United States cancelled his travel documents  due to the information about the secretive work of the United States government. Leaks made by Snowden showed that the NSA was gathering information on hundreds of millions of Americans’ phone calls, emails, and Internet use. It is believed that Snowden has taken 1.7 million digital documents. Snowden is facing a variety of charges in the United States including, willful communication of classified intelligence to an unauthorized person, unauthorized communication of national defence information, and theft of government property.