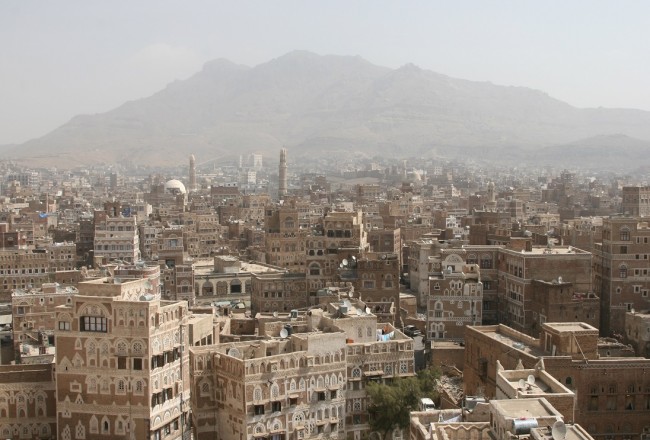 On Saturday, Sept. 27, a rocket attack in Yemen was reportedly aimed at the U.S. Embassy. An Al-Qaeda sub-group known as Al-Qaeda of the Arabian Peninsula (AQAP) reportedly claimed responsibility on a social media website. Although the attack did not injure any U.S. personnel or buildings, it hit a nearby truck and injured five Yemeni special security forces and guards, according to FOX News. The attack reportedly took place as retaliation for a drone strike that happened on Friday in the northern al-Jawf province.

FOX News reported most of the blast from the rocket attack was absorbed by a nearby barricade after AQAP allegedly fired it from a vehicle using a “M72 light anti-tank weapon.” FOX News also indicated the attack could have been a demonstration against Houthi fighters who had recently taken over parts of Sanaa, the capital of Yemen. In fact, the U.S. State Department was reported as saying there was no evidence that the attack was specifically aimed at the U.S. Embassy.

Although there are various reports stating the attack in Yemen may not have been aimed directly at the U.S. Embassy, Russia Today (RT) reported that Washington D.C. had still condemned the attacks. AQAP had reportedly claimed the attack was due to recent U.S. drone airstrikes that had killed two militants and injured three children. Jen Psaki, the U.S. Department spokesperson, had stated the U.S. had actually condemned “ongoing hostile and aggressive actions against the Yemeni government.”

Recently, clashes between the Yemeni government and Houthi fighters have left about 400 dead and thousands injured during the past month, according to RT and CNN. Houthi fighters had also reportedly surrounded the home of Yemen’s National Security Bureau Chief, resulting in seven people being killed after a confrontation took place. CNN reported Houthis are demanding major changes take place within the government, particularly with the current bureau chief as well.

A United Nations (U.N.) designated deal which recently called for a “ceasefire” between Houthis, Yemeni government officials and a Muslim brotherhood group called Islah Party may have been signed on Saturday, according to Ahmed al-Haj of News and Observer. Haj stated Houthis and a Yemen “southern separatist movement” may be gaining some power if Yemen President Abdurabu Hadi appoints two advisers from these groups as reportedly agreed upon in the U.N. deal.

The deal had also called for new fuel subsidies as well as the formation of a new government, which may include a newly-appointed Prime Minister. In fact, CNN had stated that before the deal was officially made, Prime Minister Mohammed Salem Basindwa had already sought to resign and did so on Sunday. CNN reported no announcements had officially been made by the Yemeni government, however, since the deadline passed a few days ago.

CNN also reported a bomb inside a vehicle had exploded on Sunday at a hospital controlled by Houthis. The explosion took place in Marib province, located east of Sanaa. About 24 people were reported injured, with three being critically injured. CNN stated a Twitter account linked to AQAP had taken responsibility for the attack, although the Yemeni government did not confirm the information right away. So far, the attack aimed near the U.S. Embassy in Yemen appears to be questionable in motive as well.