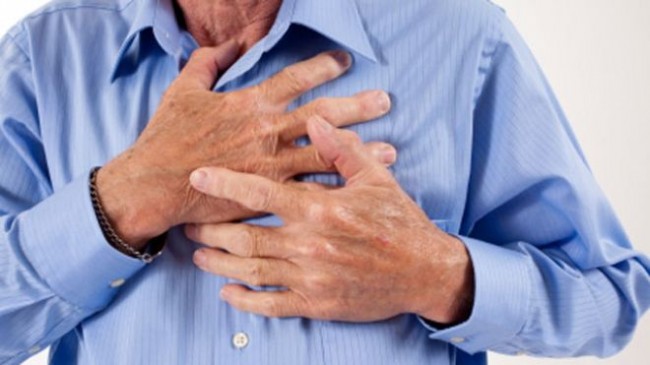 A third of adults worry about getting cancer or dementia, but surveys have shown that people rarely worry about developing coronary heart disease (CHD). Yet, 20 percent of deaths in the U.S. are from heart problems. The odds of dying of a heart ailment outside of a hospital and a recent survey in the U.K. both illustrate that greater awareness of heart disease and symptoms are needed.

About 600,000 people die from heart problems, the leading cause of death in the U.S., each year and about 720,000 have a heart attack. About 47 percent of people who die of sudden cardiac issues expire outside of a hospital, according to the U.S. Centers for Disease Control and Prevention. This shows that people do not recognize or act on early warning signs or try to prevent heart problems.

A recent British Heart Foundation (BHF) survey of 1,010 men and 1,089 women, found that many adults do not know the warning signs of heart problems and preventive measures they should employ. Among the findings were that 9 out of 10 respondents wrongly believed that there are discernable symptoms for high blood pressure. Considered to be a “silent killer”, high blood pressure can increase the likelihood of having a heart attack or stroke, but there are no side effects. The CDC estimates that one-third of adults in the U.S. have high blood pressure, but only half have the condition under control.

The British survey also showed that approximately 34 percent of participants did not know heart disease can lead to a stroke and almost 20 percent did not know smoking can cause CHD as well as cancer. Additionally, half did not know that diabetes increases a person’s risk of developing heart problems.

Heart disease used to be more prevalent in Western countries. However, it has now become more of a worldwide problem because of sodium intake, smoking and obesity problems now being seen in developing countries.

The World Health Organization (WHO) is encouraging countries to set goals to reduce their citizens’ salt intake and cut deaths from heart disease. The WHO has set a goal to reduce salt consumption worldwide 30 percent by 2025, which will save millions of lives globally from heart disease, stroke and related conditions.

“Your heart is the most vital organ in your body,” according to Dr. Mike Knapton, associate BHF medical director, “but all too often we take it for granted.” He pointed out that heart disease is largely preventable, but causes “heartache” for families annually.

The BHF published recommendations to prevent heart disease like maintaining a healthy weight, getting more exercise and eating more fruits and vegetables. A key one they added was reading food labels, which is a quick and easy way to make sure a food is low on sodium and saturated fats before purchasing foods. The label also helps point out portion sizes, which can be deceptive and has an impact on waistlines. In addition, limiting alcohol consumption and eliminating smoking will help, too.

Coronary problems cost an estimated $108.9 billion annually in the U.S. Greater awareness of heart disease symptoms and preventive measures is needed to save money and, more importantly, lives.