Driverless Cars Are Only as Intelligent as Their Driver 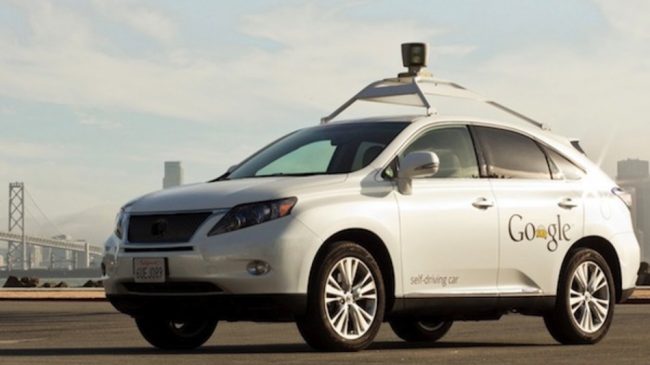 Driverless cars have taken center stage as the newest innovations that are about to cross the boundary between science fiction and technological reality. However, top engineers from the automotive industry admit that how intelligent the so-called driverless vehicles, now in prototype are, depend largely on the wits of their driver.

Despite claims by Google that their driverless car can drive anywhere on its own, the truth of the matter is that it can only drive and thereby has only been tested, for the past over one hundred thousand miles, in a very limited subset of traffic conditions. Most of these traffic conditions were in very good weather, only driven twenty-five miles an hour or slower and never in parking garages.

Efforts are also being made by automakers to dispel various myths about driverless cars that have arisen from the widespread hype of the Google car. Unfortunately, this publicity by Google has skewed the judgment of the mainstream public regarding these vehicles, especially that of the disabled sect of society. These misconceptions have given rise to many safety and regulatory issues that auto manufacturers and governmental agencies have just begun to address.

The idea of driverless cars was first conceived as a way to address the growing number of injuries and fatalities that occur each year on the roads and highways of the world’s developed countries. As test after test has revealed, humans are still the most intelligent beings on earth. Automakers are finding the high level of reasoning and critical thinking it takes to drive defensively is hard, even impossible, to replicate even in the branch of science known as artificial intelligence, a field that is still in its infancy. Automakers admit that, though a three hundred and sixty degree scan is executed more efficiently by the algorithms of a computer, the depth to which human beings take in and interpret their environment is unparalleled.

Distinctions have also been drawn in terminology, driverless cars versus automated cars. There are cars on the road today such as the Toyota Prius and the Mercedes-Benz S-Class that have automated driving systems that can detect potential road hazards and stop the car when obstacles are present. These automobiles, while intelligent for their time, still require a partnership between the vehicle and the driver. Even the cars that are reported to be driverless still require the intervention of the driver in certain situations, including its own ability to perceive situations as the owner of said driverless automobiles currently need to envision traffic scenarios and program them into the car’s computer system in order for the vehicle to be able to perceive such conditions on the open road. Truly, tests have shown that these driverless cars are indeed only as intelligent as their driver.

This raises some serious questions of safety when considering these vehicles for use by certain subsects of the public, particularly people who are blind. Reporters have ridden with automotive engineers from General Motors and Toyota on test runs where the engineers are so nervous that their hands are never more than inches from the steering wheel so they can take over if something should go wrong.

Despite the hype by Google that driverless cars will happen sooner rather than later, warnings are being issued by automakers that driverless cars, currently in prototype, still require a partnership between itself and the human driver. Though it is the ultimate trajectory of the technological world to remove human effort from the equation of living, driving a car is one of those skills performed by billions of people everyday that is proving to be an area where human intelligence and vision cannot be erased. This brings into serious doubt the feasibility of the driverless, or more aptly called given today’s technology automated, cars for use by blind individuals and even individuals with limited mobility in their hands and feet.

Debates continue over what regulatory agency or legislative bodies, or both, will hold governance over the driverless car. Automakers aim high to make their vehicles autonomous in most traffic situations though none of their efforts have completely erased the need for the intelligent human driver. People with disabilities particularly the blind community, though excited about the prospect of widening independence that would be brought about by the driverless car, should also take into account that these cars, hailed to be driverless, are not truly autonomous of driver intervention despite the propaganda that leaves the public with the impression that a driver can take a nap when in a driverless vehicle. These cars are machines that will fail; and, currently they will even alert the driver to take over manually in certain situations which could present life-threatening conditions for drivers with visual disabilities. For those old enough to remember the popular show of the early to mid 1980’s Knight Rider, KITT is still science fiction; and, the intelligence of driverless cars is stilled wrapped up in the knowledge and experience of its driver.