Guardians of the Galaxy Still Number One This Sluggish Weekend 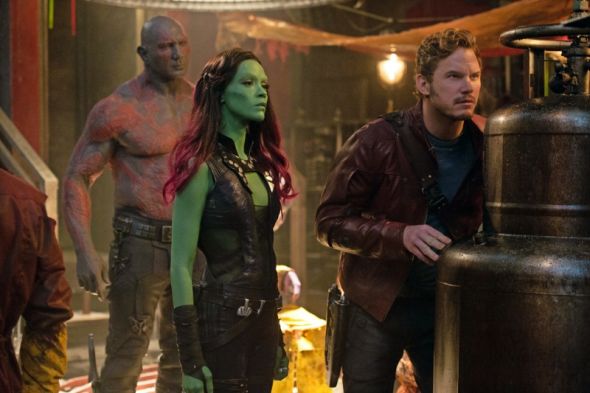 Guardians of the Galaxy continues to hold the number one spot at the box office this sluggish weekend for movies, the worst one for ticket sales in 13 years, since 2001. It is the fourth weekend in a row that this Marvel/Disney collaboration has held onto the number one spot. The movie, starring Chris Pratt, Dave Bautista, and Bradley Cooper, barely broke over $10 million in ticket sales, earning $10.2 million, bringing its total domestic take after six weeks to $294.6 million.

Though ticket sales for Guardians of the Galaxy have fallen off dramatically since its debut weekend, it is still the top domestically grossing movie of this year. The movie that it surpassed is another Marvel flick, Captain America: The Winter Soldier. 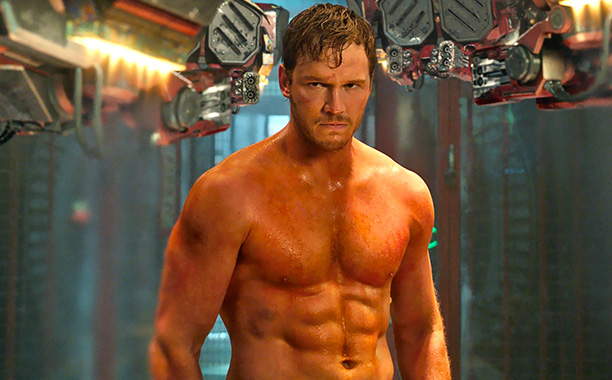 Fighting its way to retain second place at the weekend box office was Teenage Mutant Ninja Turtles (Paramount). In the fifth weekend of its release, this movie, starring Will Arnet, Megan Fox, and Whoopi Goldberg, earned $6.5 million. Its current domestic take is now at $174.6 million. Paramount has stated that it has been successful enough that there will also be a sequel made of it.

If I Stay (New Line Cinema/Warner Brothers), based on the best-selling Young Adult (YA) novel of the same name, came in this weekend at the number three spot at the box office. The entertaining and tear-jerking film stars Chloe Grace Moretz, who faces the difficult decision of attending Julliard or being with her boyfriend. Then, she faces an even more difficult choice, one of life and death, following a car crash. It took in $5.7 million. If I Stay only cost $15 million to produce, so with a total take so far of $35.5 million, it has already turned a nice profit.

Coming in fourth place at the box office was the comedy Let’s Be Cops (R), at $5.4 million. It also earned an additional $4.1 million internationally. It has earned $62.75 domestically. Let’s Be Cops stars Jake Johnson, Damon Wayans Jr., and Rob Riggle.

Then, the much-acclaimed Pierce Brosnan vehicle, The November Man, claimed the fifth position at the weekend box office. Though it is arguably Brosnan’s best movie since he took on the role of James Bond, The November Man has not done spectacularly at bringing audiences into the movie theaters where it has been shown. It earned a meager $4.2 million domestically, and an additional $1 million internationally. Its overall domestic earnings is just $14.9 million.

Rounding out the Top Ten Movies this weekend, As Above, So Below was number six, with a domestic take of $3.7 million and an added $1.6 million internationally. In seventh place was When the Game Stands Tall, earning $3.7 million.

Eighth place went to The Giver, starring Meryl Streep, Taylor Swift, and Jeff Bridges. It is based on Lois Lowry’s YA novel of the same name. The Giver raked in just $3.6 million domestically over the weekend and $1.8 million internationally, bringing its total domestic take to $35.2 million.

Then, in ninth place was The Hundred-Foot Journey. Executive produced by Steven Spielberg and Oprah Winfrey, this beautiful and lavish-looking film earned a mere $3.2 million over the weekend. That brings its domestic total thus far to approximately $45 million.

In 10th place was Lucy. Domestically, Lucy, starring Morgan Freeman and Scarlett Johansson, earned only $3.7 million, though internationally, it fared much better, taking in $25.5 million.

Guardians of the Galaxy led the dismal pack at the box office over the weekend, taking the number one spot for the fourth weekend in a row. All of the movies combined just earned $65 million domestically, which is less than a major blockbuster, on its own, generally makes in it debut. ticket sales for 2014, currently, are at $7.32 billion, a 5.7 percent decrease from this time, last year. Two movies that held the number one spot this year for three consecutive weekends were The Lego Movie and Captain America: The Winter Soldier. The overall earnings for Guardians of the Galaxy are expected to rise even higher when it opens in Japan later in September and also it opens in China on October 10.

guardians of the galaxy