By Chanel van der Woodsen on September 26, 2014No Comment 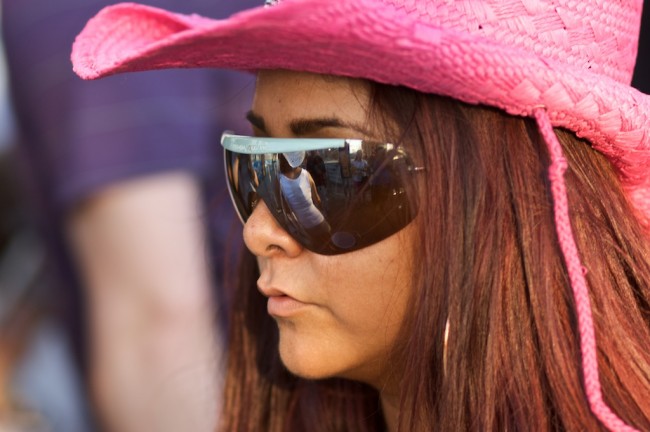 Former Jersey Shore star Nicole Polizzi, known best by her nickname of Snooki, has given birth to her second child. The baby girl, named Giovanna Marie, was born around at approximately 4:30am on Friday, September 26.

The birth was reportedly filmed for the 26-year-old’s reality show, Snooki & Jwoww, which features her fellow Jersey Shore castmate Jennifer Farley. The delivery will not be aired in a graphic sense, as MTV network has restrictions regarding explicit content. Sources close to the reality television star say labor began earlier than expecting, but that no complications were encountered during the delivery and the baby was born at a healthy weight of six pounds, seven ounces. None of Polizzi’s co-stars were permitted to be in the delivery room during the birth, as rules stated that only family members were to witness the event. Shortly following the delivery of baby Giovanna, however, Farley and long-time partner Roger Matthews paid a visit to the self-proclaimed Princess of Poughkeepsie in order to welcome her newest addition into the world. Farley is said to be overjoyed regarding Polizzi’s new arrival, having given birth to a baby herself just last month, a girl whom she and Matthews named Meilani Alexandra. Polizzi’s new baby will be her second child, as she gave birth to a baby boy back in August of 2012, named Lorenzo Dominic. Her long-time partner Jionni LaValle, is the father to both of her children.

Also said to be thrilled with the news of Polizzi’s baby girl is Mike Sorrentino, who also starred on MTV’s Jersey Shore. Although initially unaware of the event having already taken place, Sorrentino told a New Jersey paparazzo that he could not wait to meet Giovanna. Sorrentino has been facing his own fair share of media attention in the past few days, with he and his brother Marc having been recently indicted for tax fraud.  The 32-year-old was charged for failing to pay the correct amount of taxes on an earnings amount of almost nine million dollars. The reality television personality pled not guilty, and is set to be arraigned on October 6th. He has since given the statement that he handed over all responsibility of his finances to his brother, who in turn has publicly blamed the pair’s accountant for preparing fraudulent statements and subsequently running to federal authorities in order to pin the blame on the brothers.

Polizzi earned herself the reputation of the party girl during Jersey Shore‘s three year stint on MTV. She became known for her signature hair poof (a style she abandoned near the end of the show’s airing), her excessive drinking and her tendency to become extremely attached to her various romantic endeavors. When she met Jionni in 2011, it was not believed that their relationship would endure the hardship of being located so far apart, especially when the cast was relocated to Italy for the show’s fourth season. Indeed, the two found themselves fighting in the streets of Florence following a failed outing at the bar in which the two engaged in a disagreement. Jionni left Italy shortly thereafter in response to the conflict, and the two spent the next few months contemplating whether or not their partnership would survive. They managed to patch things up, however, and have been going steady ever since.

Nicole Polizzi is said to be thrilled regarding the birth of her most recent child. It remains to be seen exactly how much of the birth will factor into the upcoming episodes of her reality show, Snooki & Jwoww.