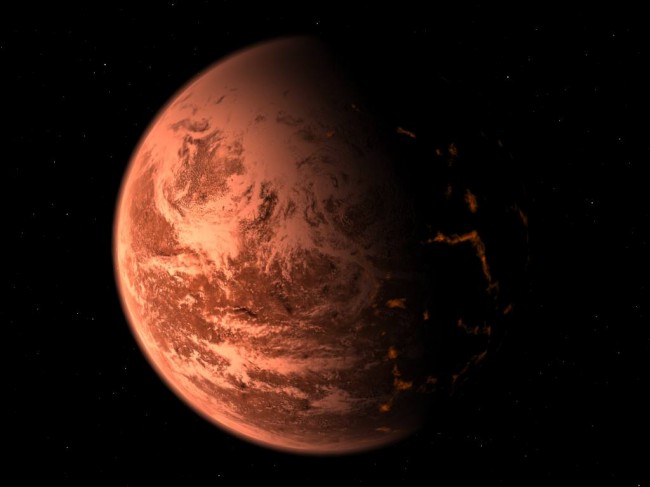 A planet the size of Neptune that contains water vapor in its atmosphere has been discovered, the first time a planet smaller than Jupiter and having water vapor in its atmosphere has been found outside of the solar system. It is located 124 light-years away from Earth and has been named HAT-P-11b. It is around four times the size of Earth and was first found in the Cyngus constellation back in January of 2009 by using astronomy’s most current detection tool. The tool in question is a technique known as a transit method, in which exoplanets are seen and calculated predominantly through the light they absorb as they pass in front of their own stars.

Similar to a planetary profile, an exoplanet affects the output of the star’s light behind it as it transports it, allowing scientists to deduce the mass of the planet even though it is impossible to see it with a telescope. The same transmit technique has allowed astronomers to look inside the air that an individual might inhale if he or she stepped foot on HAT-P-11b. This has unlocked a deeper understanding of the development of planets and the prospect of life outside this solar system. The Neptune-size planet may have started the study of such knowledge.

An international research team that consisted of astronomers from the United States, Switzerland, the United Kingdom and Chile all worked together on the project and printed up their results in the newest edition of the science journal Nature.

They were able to attain this first time advancement by using information they gathered from various telescopes such as the Hubble. The procedure is known as transmission spectroscopy and is only able to be performed as the planet transits and allows scientists to evaluate the chemical arrangement of the atmosphere of the exoplanet as light is absorbed by molecules and atoms.

Before such a finding, planets of this size that had warmer atmospheres did not have very much hydrogen, which meant they were cloaked in haze and clouds that made learning about their atmospheres problematic. Water vapor had normally only been found on bigger, gassier giants that were about the size of Jupiter or larger.

However, HAT-P-11b had both hints of water vapor along with huge quantities of hydrogen, which gave researchers the right conditions to examine its atmosphere. It still remains uncertain which factors contributed to the development of atmospheres that might form to hold water and also perhaps life. These kinds of discoveries are allowing astronomers to have a better understanding of the role such compounds; together with features like mass and closeness to a star, play in as they intensely affect the multi-billion year progression of planets.

The research chief author, Jonathan Fraine, who is a graduate student at the University of Maryland, explained that in the long run, if scientists could identify water, carbon monoxide, methane, carbon dioxide and other chemicals on hundreds of different planet atmospheres that have various sizes, then it might be possible to come up with a better picture of how planets form, and also how the Earth came to be. Fraine added that this study was just the start of finding out the entire picture of how planets came into being. With the planet the size of Neptune being discovered, the process has definitely begun.