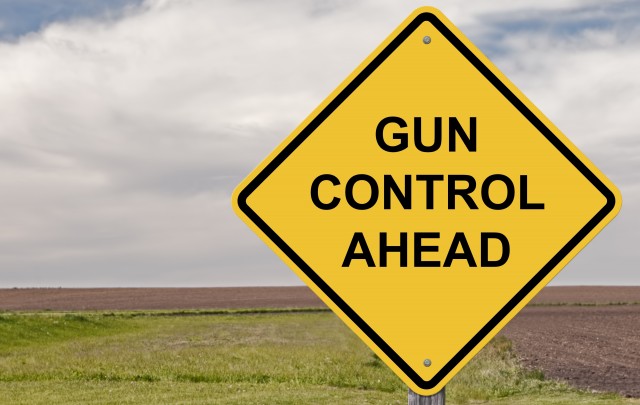 New Jersey – along with its neighbor-state, New York – has rapidly become ground zero for the trampling of constitutional rights and two recent gun-related incidents demonstrate the glaring double standard exercised in those states. In the first incident, a single mother of two small boys is facing the prospect of up to three and a half years in prison for unknowingly carrying a firearm in a state – New Jersey – that does not honor her Pennsylvania concealed carry permit. In the second case, a New York man gets a slap on the wrist for knowingly carrying a concealed firearm inside a public elementary school.

The double standard, in this case? The man who knowingly broke a New York gun law was none other than a vocal supporter of stricter gun control measures. It is hard not to consider the possibility that the leniency shown this man may be influenced by the politics behind the anti-gun movement. Taking the entire comparison of these two cases to an even higher level of mind-numbing hypocrisy is the fact that community activist Dwayne Ferguson – the man arrested for possession of a firearm on school property – is a long-time proponent of the hilariously titled SAFE act, a draconian and entirely unconstitutional set of gun-control measures enacted in the state of New York. As stated on The SAFE act web pages, “The new law cracks down on possession of a gun on school grounds…”

Shaneen Allen, 27, is a working single mother who lives in Philadelphia. She has no criminal record and possesses a Pennsylvania concealed-carry permit. Unaware that her permit was not honored in New Jersey, Allen is currently awaiting trial because, during a “routine” traffic stop in Atlantic City last year, she voluntarily informed a law enforcement officer that she was carrying a handgun and produced her permit for inspection. She was immediately arrested and charged with “unlawful” possession of a firearm. Allen’s trial has been delayed until October 20, at the request of Atlantic County Prosecutor Jim McClain, who – just possibly – may have come to his senses and has decided to review the circumstances of Allen’s arrest.

Father of three Dwayne Ferguson, of Buffalo, NY, is a man who believed that the carrying of a firearm on school grounds was a crime too serious to be treated as a misdemeanor; he supported the SAFE act, which made it a felony. Apparently, however, he doesn’t believe that such laws apply to him. On February 6, 2014, Ferguson entered the city’s Harvey Austin Elementary School, carrying a concealed handgun. Ferguson works there on an after-school program – one of his many roles in the local community. He holds a concealed carry permit. It can be assumed that Ferguson is unaware of the meaning of the word “concealed” as someone at the school placed a 911 call to police, prompting a massive response from law enforcement. Initially, Ferguson – as a result of the law which he, himself, advocated – was looking at a felony gun possession charge. Instead, Judge John L. Michalek sentenced him to 100 hours of community service.

Two individuals; both legal gun-owners with permits to carry and both arrested for exercising their constitutional right. One, however, committed an offence worthy of a simple citation, if anything; yet, she faces jail time with no parole. In the other case, a man commits a serious and deliberate breach of a law which he, himself, advocated and gets off with little more than a slap on the wrist. Granted; these are two separate states, but the two cases, when compared, clearly demonstrate the glaring double standard of the anti-gun lobby – a double standard which is evident, not only in New Jersey and New York, but across the country. The very people who push for increased gun-control are the ones who believe it is fine for them to flout the law. Ferguson insists that he “forgot” he was carrying his gun. The question needs to be asked; what is the point of carrying a weapon for self-defense if one “forgets” that they are carrying it? As any trained and responsible gun-owner will testify, one does not “forget” when one is carrying a firearm; it may – and should – become second-nature, to the point where one does not consciously think about it, but one is never unaware that the firearm is there, in the holster. Thus, Ferguson’s claim of temporary ignorance demonstrated that he is either not telling the truth or that he is, clearly, not responsible enough to be carrying a gun at all.

No doubt, the two cases highlight a number of conclusions: The first, of course, is that neither one of these individuals should be facing any criminal charges; neither one actually posed a danger to anyone and both are protected by the 2nd Amendment, the supreme firearms law of the land. The second conclusion – drawing from the Shaneen Allen case – is that the entire system of reciprocity, by which different states can choose to honor – or not to honor – the validity of gun permits issued in other states, is completely unfair, unconstitutional and impractical. One of the few legitimate duties of the federal government is to mediate disputes between states and impose federal laws, by which every state must abide. Since the 2nd Amendment is a part of the Bill of Rights and, therefore, an element of the United States Constitution, no state should have the authority to pass any law which contravenes it. In the absence of nullifying all laws requiring a law-abiding citizen to obtain any firearms permit, the federal government should impose a requirement on all states to honor any permit issued in another state.

Evan Nappen, Allen’s attorney, appears to concur and believes that reciprocity should be mandated at the federal level. “People believe that your gun license should be treated like your driver’s license.” says Nappen. “Right now, there’s a national law being proposed that would mandate that all states recognize other states licenses…I’m calling that bill Shaneen’s law.” Nappen intends to request a dismissal of the charges against Allen, when she goes on trial. 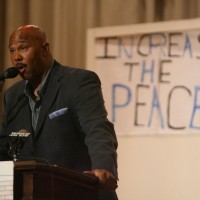 As for Dwayne Ferguson; he is, clearly, not being honest when he claims that he forgot he was carrying his gun. Evidently, he understands that the safety of our children is more certain when there are responsible, armed citizens around them. Why he, himself, supported a law which strips away that safety can only be explained by looking at the political motivations behind the push for more gun-control; those on the Left have a basic belief that government has the right to control the behavior of ordinary citizens and such control cannot be fully implemented whilst citizens possess the means to defend themselves.

New York, New Jersey, Illinois and California lead the way among anti-gun states, although several other states – all Democrat-controlled – are not far behind. The laughable double standard of the anti-gun movement, however, is that its most vocal figures continue to demonstrate that they, themselves, believe that owning and carrying a firearm is not only their right, but a necessity.

It conjures up a disturbing vision of the future, to know that one section of the population believes that they are entitled to arm themselves but that everyone else is not.