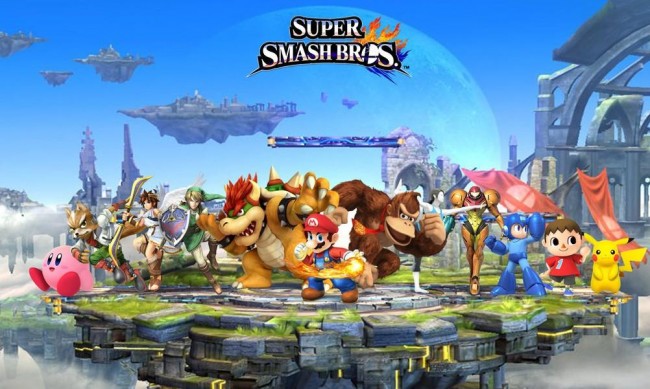 North America will finally be able to at least get their hands on the new Super Smash Bros for 3DS starting Friday, September 19, 2014, in the form of a demo. The demo has already been played by those with Nintendo club Platinum membership and those in Japan, but until now the game had not put into the hands of the public at their own leisure.

Five characters will be available in the demo version of Super Smash Bros 4. The five playable characters include: Mario, Villager, Mega Man, Pikachu, and Link. Matches are set to two-minute rounds, stock battles can not be chosen. Two options are available, Battlefield with items on, or the Battlefield version of Final Destination with no items. Luckily, local multiplayer does work.

Although three of the playable characters are staples from the beginning of the series, playing them will show off their differences. Attention has been paid to the character animations, they are not simple ports from the last iteration in the series. For those more in need of a look into the other characters, here is a full playthrough of the All-Star Mode on the Japanese version of the game.

How does it play compared to past Super Smash Bros. games? That interpretation is up to each person that plays it however, the general consensus is that it plays more like Brawl than Melee. Ground play is more prevalent and guarding the edge is not as consistent as previously. This also means that keeping your opponent off the stage is something that takes more aggression, often leading to an offstage chase since making it back is not as threatening as before.

There is no timer in the demo itself, that is to say that you can load the demo and play it without it kicking you off. If you leave the demo, to say play something else, the number of plays left will go down by one. The demo can be started a total of 30 times before expiring and becomes available for download this morning.

One of the new additions in Smash 4 is the inclusion of other variations of the stage Final Destination. When playing the online mode For Glory, it is the only stage allowed to play on. Here are all the different versions.

Fans have been desperately waiting for the follow-up to one of Nintendo’s biggest series, Super Smash Bros. Japan has already received the full version of the game but the rest of the world is not as fortunate. October 3 marks the official release for the rest of the world (except for Australia, they get it October 4). Even though it only offers a glimpse into what is to come, it is still the first opportunity for many to get their hands on and actually play the new Smash Bros. The Wii U version is still a ways away, but for now the demo can really give fans a closer look at what is to come.