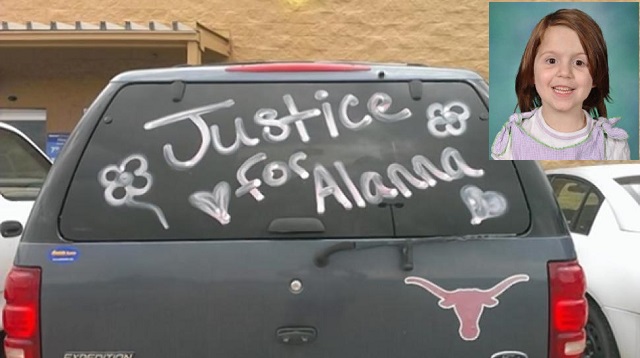 Tyler Lane Holder was sentenced to life in prison for the murder of a six-year-old girl in Texas last year. Holder could not be charged with capital murder at the time of the crime because he was only 17. The teen, now 18, plead guilty to killing Alanna Gallagher, setting her family’s home on fire and shooting the police officer who tried to arrest him.

The teen was incarcerated last year for raping and killing Gallagher whose body was found wrapped in tarp with a plastic bag covering her head. On Thursday he plead guilty and will be forced to spend at least 50 years in jail before he is eligible for parole. Originally his trial was set to start in October but Holder agreed to a plea deal for all three charges.

The child’s naked body was found on July 1, 2013. Her head was covered with plastic bags and her wrists and ankles were bound with duct tape. On July 19, during a memorial at the family’s home the accused set their car and a portion of their home on fire.

Initially prosecutors were charging the teen with capital murder but due to his age they changed their mind. The original charge comes with a mandatory life sentence without the chance of parole. Two years ago the United States Supreme Court ruled that 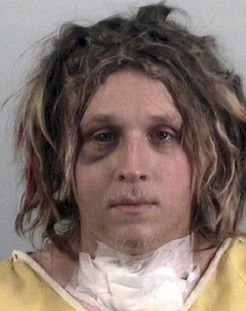 mandatory life sentences for defendants under 18-years-old are unconstitutional. In order to avoid the risk of Holder getting released early due to a technicality or loophole in the system prosecutors reduced the charge.

At the onset of the investigation Holder, who was a neighbor of the victim, said he had no contact with the girl. DNA evidence found at the crime scene proved that was not true. Prosecutors confirmed Holder’s conviction was unavoidable based on evidence that tied him to the charges. When law enforcement went to arrest the teen, he pulled out a gun and shot the officer in the groin.

Police searched Holder’s residence and found condoms, blood laced paper towels, the same red duct tape which was found on the child, and latex gloves among other items which all connected him to the murder. Holder had also left a note for his mother telling her he was sorry and he loved her. 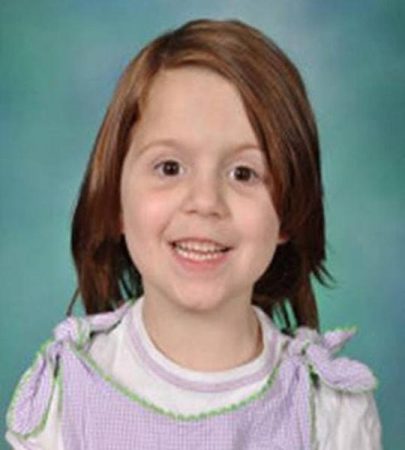 Laura Gallagher, the victim’s mother, said it was good that he was going to prison so he cannot hurt other children but it was not payment for what he had done to their family because it does not bring Alanna back to them. She read the following statement in court:

Our house is emptier, and quieter and sadder. We carry around a heavy hard stone of pain where our hearts used to be. And it’s your fault.

Tyler Lane Holder was sentenced to life in prison for the murder of six-year-old Alanna Gallagher near Fort Worth, Texas last year. Holder could not be charged with capital murder at the time of the crime because he was not yet 18. On Thursday, Holder plead guilty to murder, arson and shooting the arresting officer. For these crimes Holder must serve a minimum of 50 years behind bars before he will be eligible for parole.