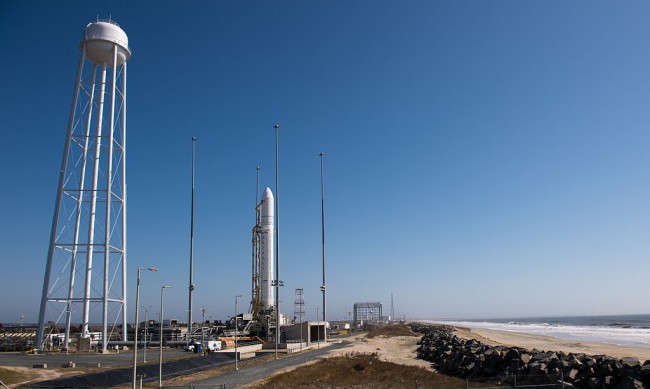 It was just reported on Twitter that the rescheduled launch of an unmanned Antares rocket has gone wrong, and that shortly after liftoff the rocket exploded in the air. The rocket was initially scheduled to launch Monday night from the NASA Wallops Flight Facility in Virginia, but the launch had to be rescheduled due to a private sailboat encroaching in the launch zone. The rocket was intended to go to the International Space Station, the third resupply mission for Cygnus. No details have yet surfaced about the cause of the explosion.