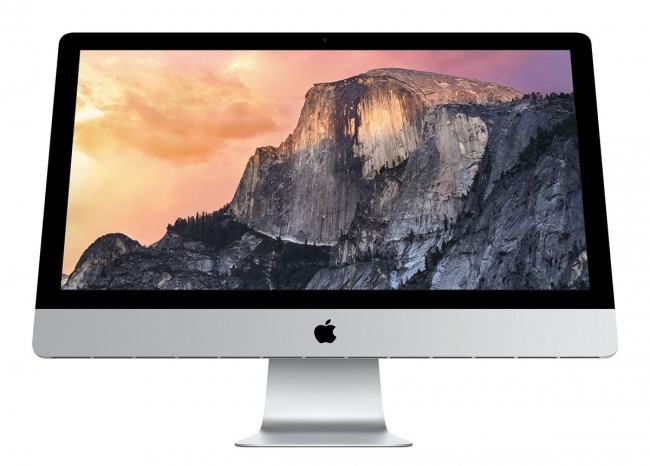 Already known as one of the sleekest, nicest looking home computers available, Apple revealed the next evolution with a 27-inch iMac packing a 5K Retina Display, raising the all-in-one computer bar even higher. The announcement of the new iMac was just part of a series of reveals the iPhone maker made today.

While 4K television and monitors have introduced a whole new level of resolution to computing and entertainment, Apple releases a 5120 x 2880 pixel display giving users a 5K display at a lower cost than most 4K monitors. This is possible by a new oxide TFT-based panel and new timing controller. This will give users a brighter display and more vivid imagery. This new display will appeal to videographers and photographers. With a new, more efficient LED array for the display, Apple claims that the new iMac consumes as much as 30 percent less power than the last model.

The iMac revealed today sports more than just a super high-definition 5K display built into the sleek 27-inch unit, but Apple has made the computer even more powerful. Now users can select a new 4.0-GHz quad Core i7 processor from Intel. The new processor is a much higher speed unit than the previous limit of 3.5-Ghz and should handle high processor intensive tasks with ease. To power the graphics, Apple turned to AMD and their Radeon R9 M295X GPU video cards.

On the 5K iMac, there are more features to intensify the computing experience. The main hard drive is a 1-terabyte (TB) Fusion Drive, combining a standard hard drive with a flash-based hard drive. Memory comes standard at 8GB, however, this can be upgraded to 32GB and the Fusion Drive can be replaced with a 3-TB drive. 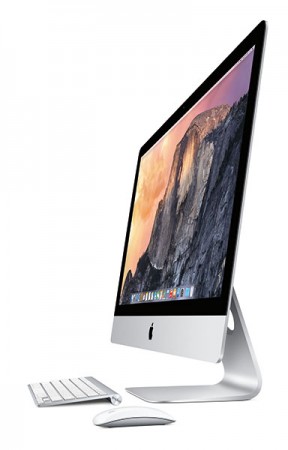 New Thunderbolt 2 ports adorn the rear of the computer for the first time, which doubles the data bandwidth of standard Thunderbolt ports. The new ports can deliver 20GB per second, compared to the 10GB per second of the original ports. This allows the iMac to connect to another high-resolution display.

The new high-resolution all-in-one remains 5-millimeters thin and as aesthetic as ever. Designed for computing power and to be prominently displayed in a home or office, the iMac remains a pleasing to look at addition to consumers’ homes.

The new iMacs announced today, only one of which the 27-inch 5K monster, will ship with Apple’s new OS. OS X Yosemite became available today for download as well as shipping with the new computers. With a refreshed interface and a stronger connectivity with iOS devices, this is a major operating system upgrade for the iPhone maker. On top of the new version of OS X, Apple is including iMovie, Garageband and the iWork suite with Pages, Numbers and Keynote for free.

Now that the 5K, 27-inch iMac has been revealed by Apple, along with the iPad Air 2, iPad Mini 3 and upgrades to other products from the Cupertino, California company, the bar has been raised to a whole new level. The 5K iMac will start at $2499, which is less than most 4K displays, marking an affordable opportunity to dive into the ultra-HD world, and get a powerful computer at the same time.