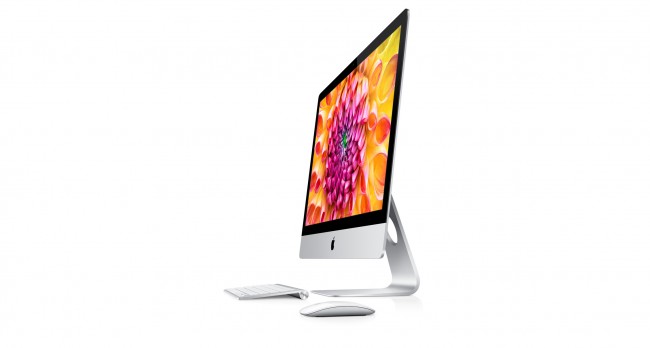 On October 16, Apple is scheduled to hold a special event where new iPads and iMacs and potentially other product announcements will be released. While Apple has not confirmed the details of the mid-October event, speculation is to coincide with the release of the Cupertino company’s new operating system (OS X) Yosemite, a flurry of new products would likely also be announced to join the new iPhone 6 and 6 Plus and Watch announced in September.

According to tech website 9to5Mac earlier in the week, Apple will apparently upgrade the iMac line with an new processors, and faster iPads, all to enhance users computing experiences. The iMac, currently available with either a 21.5 inch screen or a 27 inch screen, is already one of the top-selling computers the company offers. It is doubtful that the screen sizes will change, however, the potential that the standard level RAM may increase from 8 gigabytes to 16 gigabytes, and all the desktop systems could receive an upgrade to an i7 processor from the current i5 processor that is standard.

The upgrades to the iPad is expected to offer users the best possible experience with the company’s new iOS 8 software. The sixth version of the full size iPad is anticipated to have a 9.7 inch screen and will likely sport a faster dual processor system and faster flash-based memory. The smaller iPad Mini, with a 7.9 inch screen is expected to receive similar upgrades and an overall reduction in the size and weight, similar to the iPad Air.

It is also anticipated that the iPad Air will receive an update and the moniker of 2. Speculated, the iPad Air 2 will be announced at the new event, with similar upgrades. However the event will not likely be focused just on releases of new iPads and iMac computers from Apple. This is likely the location that Yosemite will be announced as being available.

Yosemite, Apple’s new operating system for the Mac line of desktops and laptop computers, will roll out as an upgrade to the current OS X Mavericks. Speculation is that the OS will be available on Monday, October 21, however may be available as soon as the October 16 special event is over.

Yosemite looks to be Apple’s biggest push in integrating the iPhone, iPad and Mac computer functionality together. From starting an email on an iPhone to finishing on another device to answering iPhone calls through either an iPad or Mac computer and other useful additions like the new feature Continuity, which is being used as a sort of overall term to cover the shared Apple iOS and OS X tasks.

Regardless if Yosemite is released at the October 16 event the is expected to bring consumers information on new iMacs and iPads, the one sure piece of information to know is that the event will be more reserved in comparison. In September, the iPhone and Watch announcement event opened with a chorus of excitement over the new devices. This event is expected to be small and low-key, low-key for Apple that is.