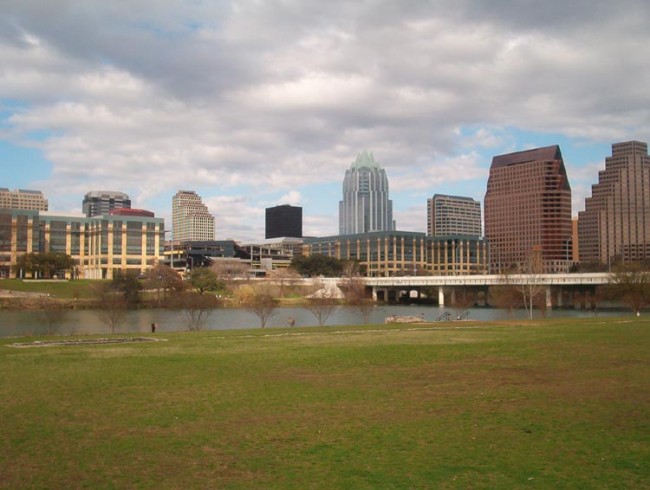 Austin police are reporting  a shooting in a parking lot to a convenience store where there have been multiple subjects suffering injuries. Eyewitnesses at the scene have recounted at least one man shot and a woman hit by a stray bullet. There is also a report of an altercation resulting in one victim being stabbed in the neck, and an exchange of gunfire between two individuals who were in vehicles. Police are still at the scene and have asked that people avoid the area for the time being until things are secured.