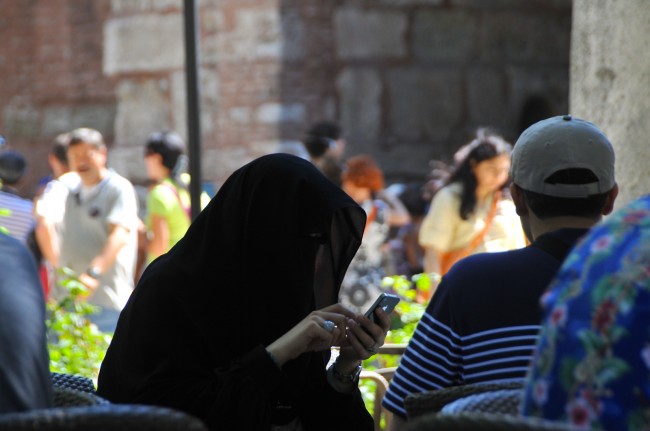 Australian Prime Minister Tony Abbott announced that he wishes that Islamic religious wear for women, often called burka, was not worn in Australia. His comments and actions are believed to have shown hints of racism and have indicated his possible support of calls to ban those wearing the Islamic head-covering from being worn by visitors to Parliament House.

Other lawmakers in Australia, Cory Bernardi and George Christensen, have completely denounced the wear of burka when visitors pass through security checkpoints when coming into the building. A wide consensus has been reached, as many politicians, including Prime Minister Abbott, agreed. The Parliament House must be treated as a secure building. While no decision has been made so far, the Senate President, Stephen Parry, and the Speaker of the House, Bronwyn Bishop, have consulted security agencies for advice on the matter.

As Prime Minister Abbott spoke, he made it clear that the rules must change and all people, regardless of their religion, race and gender must show their faces in certain locations where the safety of others may be at risk. He made no effort to hide the concern over the potential threat of attacks from the supporters of the Islamic State militant group which has continuously threatened the civilians of the western nations.

While many politicians have shown support for Prime Minister Abbott on this issue, members of the Muslim Women’s Association based in Sydney, Australia, were infuriated. Maha Abdo, who is one of the members of the association, called the comments ignorant and offensive. According to the group, the vast majority of Muslim women wear niqabs. The two religious headcoverings differ significantly, as the niqab only covers the face and not the eyes. Meanwhile burkas are a full body covering, with mesh used to cover the eyes.

Earlier this morning, Tony Abbott appointed Andrew Colvin as the Commissioner of the Australian Federal Police. Colvin preferred to abstain from commenting on the situation. Instead calling for recognition of the brave police officers in Australia, who do not pick sides in conflicts and who protect Australian citizens without fear. A similar stance on the issue was taken by Attorney-General George Brandis, who said that the wearing the religious cover was none of his business. Meanwhile, Prime Minister Tony Abbott called the attire “confronting” and stated that while he wishes it was not worn, in a free country it is not the business of the Government to decide what people can and cannot wear.

As the threats of dangerous attacks by Islamic State militants and their supporters increase, the Members of the Parliament have passed some of the first counter-terror laws. These laws cover terrorism and treason, and include the imprisonment of those who disclose intelligence information for up to ten years.