Common Core Carries on Amidst Controversy 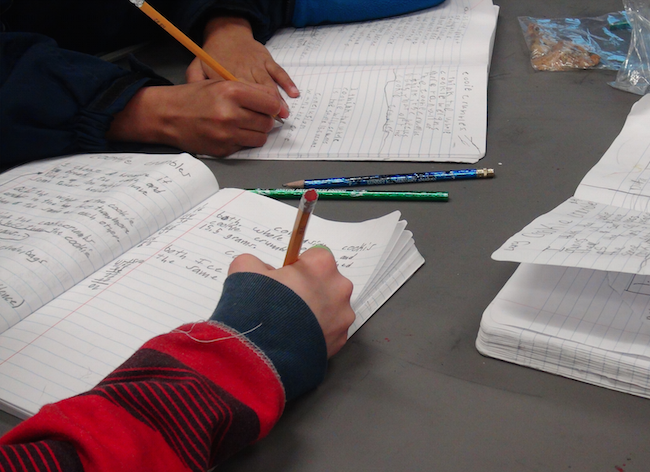 A month into the new school year, teachers in classrooms across the United States – at least in classrooms in the 40 plus states that have adopted Common Core State Standards – are working feverishly to incorporate the new standards in the areas of language arts and math. The standards were designed in accordance with the 2009 announcement of the Obama Administration’s Race to the Top Legislation (RTTT).

There are four components of RTTT. In creating a globally-benchmarked, standards-based curriculum, goes the rationale, the quality of education around the nation will be uniform, rigorous, and able to prepare students to compete in the global economy. These standards are referred to as Common Core. In addition to the standards, RTTT requires the creation of a nationalized data system that will capture students’ scores and other, not-yet-completely-defined metrics that will be used in a not-quite-yet-completely-explained manner. Teacher evaluations will be evidence-based and tied to student achievement. Finally, schools that are deemed to be low-performing will be required to enter into turnaround plans to raise their students’ scores.

Motivation for states to adopt these guidelines include a waiver on the requirement to comply with the Bush Administration’s No Child Left Behind (NCLB) legislation as well as receiving a portion of a federal governmental grant. Details of Common Core can be found in a link to the author’s personal website in the source list below.

Critics of the Common Core national standards reach across party lines. The more conspiracy-minded critics, like Glenn Beck, suggest the adoption of a nationalized curriculum will eliminate diversity of thought and has the potential to create a propaganda machine that will have the potential to influence the thoughts of an entire generation. Beck is not a fan of the data collection component either. Some others hold that distilling the criteria of success for the process of educating the nation’s youth into standards-based metrics robs the joy of learning and open inquiry from the educational process. Some experts in child development fear that the pressure to perform well on standardized assessments will put unnecessary emotional burdens on under-performing children and create further anxiety for students who already struggle with school.

Advocates of the Common Core criteria suggest that teachers are responsible for student progress without necessarily understanding the complex socio-economic and linguistic complexities that unfold inside of an actual classroom. Imagine the test score differential of two fourth grade classes for which their two teachers did not have choice in student selection. Imagine that one teacher has a majority of English Language Learners, children for who English is not their native language, along with students in the special education inclusion programs. Imagine that her colleague has a class filled with high achieving students. It is likely that those classes’ test scores will differ widely.

If one factors in differences in economic levels, family stability, neighborhood safety, the existence or lack of extended social networks, homework help, access to extra-curricular educational events and lessons, and parental education levels and attitudes toward learning, it is difficult to see how the Common Core – or any curriculum, regardless of its rigor and uniformity – will be able to create a consistent end product. Perhaps ‘end products’ is not the best way to think of the nation’s youth.