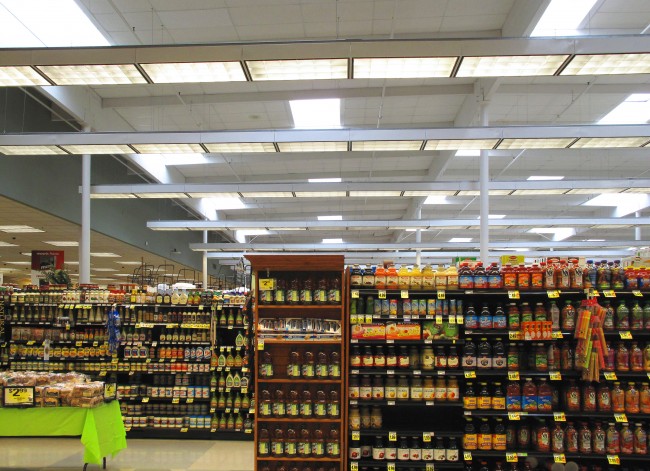 Denise Heller volunteers at Penny’s Pantry at a senior center near her home in Palm Desert, California. For four years, Heller has worked to source food for her fixed-income clients. She says they often talk about the difficult choices they have to make between paying for necessary medications or paying for food. “What kind of living is that after working your entire life?” Heller asked about the seniors who depend upon her pantry to get their basic food needs met. “I’ve been on the receiving line (of food stamps) as a single mother, so I know first hand how that is,” she said in a private Facebook message.

When Heller started “The 15 Can Challenge” in August of this year, she didn’t intend to use Facebook to create an online humanitarian movement, but that’s exactly what has happened. She made a Facebook page and sent links to 30 of her closest and dearest friends, asking them to set aside a can of food a week for each of 15 weeks and then get donations to her pantry on December 5. The idea was not entirely original. Heller had been following a “15 Can” challenge herself on Facebook. She found out that the challenge was based in Australia and that it was courting corporate sponsors. That didn’t feel right to Heller who envisioned a “People Helping People” challenge. “Ice Bucket took off, so why not this?” she reasoned.

With that humble beginning, “The 15 Can Challenge” went viral, surpassing anything Heller could have hoped for. “I never would have imagined it could get to something so big,” she wrote. She contacted local media, politicians, and even some celebrities to see if anyone would jump on the feed-the-hungry bandwagon. Crickets.

As a result of the Facebook page, however, the message has spread. To date, 300,000 people have pledged over 4.5 million nonperishable food items. Heller reports that support is coming in from all over the country. “It’s actually a global event,” she wrote, adding that one of the first people to join was from Canada. Since then, people from countries like Germany, Ireland, the U.K., and the Philippines have committed to providing 15 cans of food to a local pantry of choice. The single mom is hearing accounts of friends challenging each other to double and triple the 15-can goal. In her area, local businesses have volunteered to act as drop points for the donations. Heller, her son, and his friends are trying to personally acknowledge every person who has joined them. She feels like this personal touch has helped to increase involvement. Heller says that seeing people work together to help other people in need has restored her faith in humanity.

In September the client load at Penny’s Pantry doubled. “That doesn’t usually happen until November (for Thanksgiving) so I was trying to figure out how to get food on my (pantry’s) shelves,” Heller wrote. According to Heller, pantries generally have food to cover the big holidays like Thanksgiving and Christmas, but the days preceding and immediately following those holidays find many shelves stripped of the basic staples that so many families depend upon for food. Anticipating the typical post-holiday food shortages and combining that with the doubling of demand facing her, Heller originally just hoped that the Facebook move would fill the shelves on her personal pantry. Now with the national spread of “The 15 Can Challenge,” she is delighted that pantries around the country will have food on their shelves to feed hungry families after Thanksgiving has passed.

Heller is not new to the challenges that food pantries face. Four years ago she saw an ad in the local paper for volunteers for the local food pantry. She answered the ad and has been going to Penny’s Pantry every Friday since. “These people have become like ‘family,’ Heller wrote. I’ve seen kids grow… Even at my darkest hour, someone else has it worse,” she said. She feels lucky when her pantry has two or three types of canned meats from which clients can choose.

In addition to handing out food to the families her pantry serves, Heller teaches her clients some of the money stretching tricks she uses to feed herself and her son. “Grocery stores – if you hit them right around 7am, the butcher is marking down all of date meats,” she offers. Her community has a local store where everything sells for 99 cents, groceries included. She sends her clients there.

Pantry facilities can have limited storage space and inadequate refrigeration, Heller says, challenges that contribute to often consistent inventories. As a result of her involvement with this challenge, she has seen people asking if nonperishable toiletries are also needed. Other people want to donate cash. Heller applies a practical philosophy to the well-meaning intentions, and restates that the primary function of food pantries is feeding people. Pantries are generally staffed by volunteers and facilities vary widely. She suggests that people contact local pantries and find out what their needs and storage capacities are before donating items other than nonperishable food.

Heller reports that some people in the Facebook group have suggested that people who want to help pantries could simply give them cash. “I get that,” Heller wrote, “but it is more economically feasible over 15 weeks for more people to participate,” emphasizing that the ideal situation would be for pantries to have food on the shelves without having to use cash donations to purchase them.

A link to “The 15 Can Challenge” Facebook page is included below. From the link, visitors will be able commit to the challenge and also invite their own friends. Heller vision is to fill the nation’s pantry shelves this winter with food to feed the nation’s most hungry. “Without Facebook, it wouldn’t have gotten this big,” Heller said.

2 Responses to "Facebook and Single Mom Feed the Hungry"