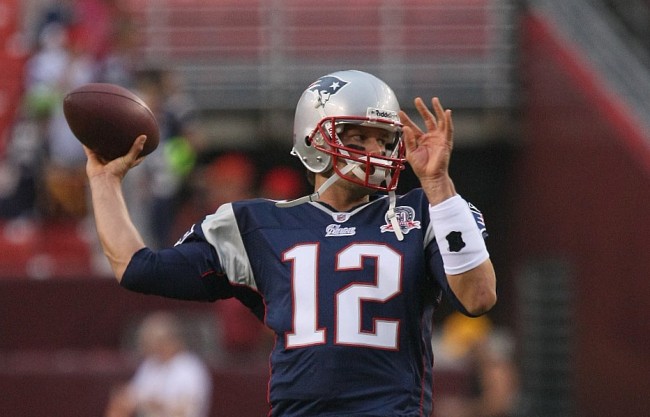 Week 6 will see Kansas City and New Orleans with byes, leaving Drew Brees and Alex Smith on the sidelines. Although neither has been overly productive, Brees, normally a top three quarterback, is only rated ninth, while Smith, averaging less than 20 points a game, is rated number 12 in ESPN fantasy football leagues.

For fantasy football week six, quarterbacks Andrew Luck, Peyton Manning and Aaron Rodgers are perennial starters. Regardless of their matchup, they must be started. Quarterbacks with great matchups include Eli Manning who is back in form and has averaged 266 yards and 2.5 touchdowns per game over the last four contests. In addition, top running back Rashard Jennings is out and that will probably add more emphasis to the Giants’ passing game. The Eagles are also ranked 31 when giving up fantasy points to opposing quarterbacks.

Carson Palmer, if healthy, is a good play against Washington. Opposing quarterbacks have had a field day against the league’s worst defense against the pass. Palmer looks like the most probable starter for Arizona as Drew Stanton is still undergoing concussion protocols and has not yet been cleared to play.

Andy Dalton has a meeting with the Carolina Panthers and their number 23 fantasy football rated defense against quarterbacks. He is averaging 250 yards and over two touchdowns per game. Cincinnati is also coming of a humiliating loss at New England and will surely have a more determined effort in front of their home fans.

For those who are in need of a quarterback this week, consider Brian Hoyer, the Cleveland signal caller who is coming off a stellar game against the Titans. Although he has a tough game against a solid Steelers defense, he is averaging 250 yards and close to two touchdowns per game. The Pittsburgh defense is particularly tough against the run and that could have Hoyer hoisting the ball through the air more often.

Tom Brady, who has had a horrible start to this fantasy football season, is a risky play against a stellar Buffalo defense that is ranked eighth against opposing quarterbacks. While Brady was his old self against the Bengals in Foxboro, this game is being played in a hostile Buffalo environment. Brady is averaging just over 200 yards per game, which is a far cry from years past. His six touchdowns this season are offset by two interceptions and three fumbles. Without a marquee receiver, Brady’s production will likely remain below par.

Cam Newton has also had a horrible start to the season. He is averaging a mere 13 points per game and is the number 25 rated quarterback in ESPN standard fantasy football leagues. Projected as a top five player with his ability to run the ball, Newton has rushed for less than 50 yards in the first five weeks. In Cincinnati he is facing the fourth best defense against quarterbacks.

Tony Romo is the number 10 rated fantasy quarterback and has been playing well over the last few weeks. But he is coming up against the vaunted “Legion of Doom.” Playing in Seattle is difficult for any team as the Seahawks thrive on getting turn-overs. With Romo’s history for interceptions at crucial times, this may not be the best matchup for the surging Cowboys.

With week six just around the corner, fantasy football players are getting a feel for which quarterbacks have succeeded and which have disappointed. For players with a desperate need for a quarterback this week, take a look at Austin Davis, the St. Louis signal caller who burned the Eagles defense for 375 yards and three touchdowns. His matchup against the 49ers is, however, not an easy one.