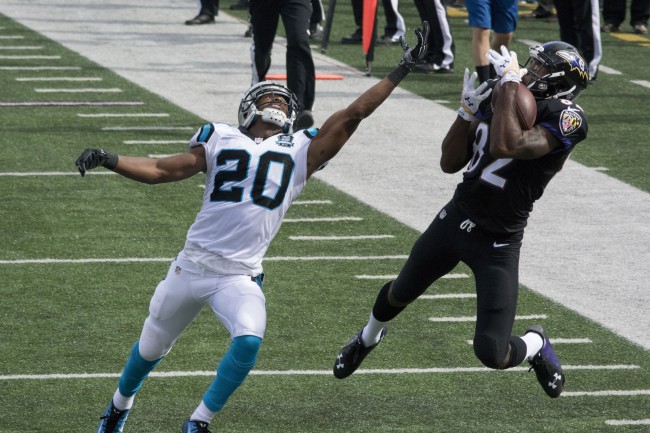 With Antonio Brown leading the fantasy football wide receiver pack in week 6, he and other top receivers warrant a start regardless who they are facing.   Jordy Nelson, Julio Jones, Jeremy Maclin and Dez Bryant are just a few of the top rated receivers who should amass double-digit points in all standard leagues.

Looking at receivers who have good matchups this week and should be considered for inserting into the lineup, consider Golden Tate. The Detroit Lions second receiving option has at least five catches with more than 50 yards in each of the last five games. With Calvin Johnson banged up and a nice matchup against the number 19 ranked Vikings defense, Tate should have a good double-digit game.

Denver’s Wes Welker has returned to his fantasy football productive self since returning from his suspension. While he is no longer Peyton Manning’s second option, he has, nevertheless, 13 receptions for 118 yards the last two games against two very good defenses, Seattle and Arizona. The Jets’ secondary has been struggling all year and Kyle Wilson, their slot cornerback, has been torched at an 83% completion rate.

Both Rueben Randle and Victor Cruz have good matchups against an Eagles team that has given up the most touchdowns and yardage to opposing wide receivers this season. In the six games he has played against the Eagles, Cruz has five touchdowns and is averaging 88 yards per game.  Eli Manning is starting to look comfortable in the Giants’ new west coast offense in what promises to be a high scoring game.

It looks like the Bengals will be without star receiver A.J. Green and Marvin Jones. That leaves a huge gap and look for Mohamed Sanu to fill it. Sanu is averaging 8.8 yards after the catch, fourth best in fantasy football leagues. The Panthers, meanwhile, are the seventh worst in giving up yardage after the catch.

On the down side, Eric Decker is still hurting and is suffering from severe quarterback instability. Whether Michael Vick or Geno Smith will start at quarterback is anyone’s guess. But it does not really matter. The Broncos are solid in the secondary and their pass rush is beginning to assert itself. The Broncos are the fifth best fantasy football defense against wide receivers and Decker is averaging a meager six points in prior games.

On paper, Michael Crabtree has a decent matchup against the Rams, but his production has been decreasing. He has played less than 60 percent of the snaps in the last couple of games and has a lingering foot issue. The Rams are also vulnerable to the running game and it seems likely that Frank Gore will be the 49ers top option.

Also consider that Keenan Allen has been a disappointment the last few weeks. With the exception of the Jacksonville game, he has scored five points or less every week. Philip Rivers seems to trust Antonio Gates and Eddie Royal more than Allen.

Wide receivers that may be available on the waiver wire in week six include Justin Hunter whose Tennessee Titans have a good matchup against the Jaguars. Conversely, Allen Hurns of the Jaguars has a nice matchup against a Titans defense that ranks number 23 in standard ESPN fantasy football leagues.