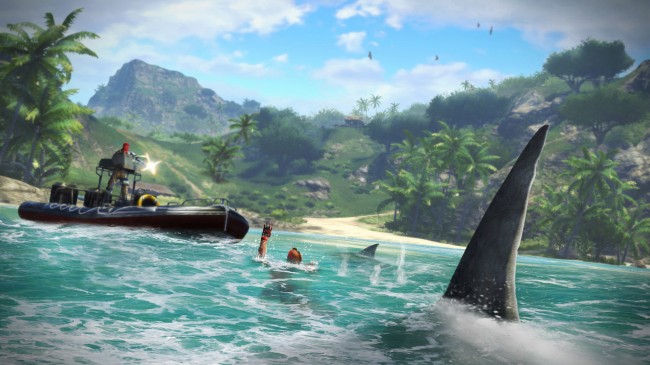 Far Cry 4, one of the most anticipated games of the holiday season, is coming in an open-world format, but publisher Ubisoft is already tampering expectations on how open it will be. Coming off the success of the third entry, many players are hoping that this next-generation game takes advantage of the hardware in ways that other games have not as of yet. Inside this title, Pagan Min, voiced by Troy Baker, is aiming to make as wide a splash as Voss did a couple of years ago with maniacal tendencies and a tyrannical hold on the world around him.

What is to be expected from Far Cry 4 has been laid out by Ubisoft, perhaps as a counter move to the firestorm the company came under when Watch Dogs seemed to release with a not-so-secret downgrade in graphics and content. For this title, the company has been upfront in regards to the size, shape and length of the average player’s time in Kyrat. The land, by square footage, is said to be about the same as the previous entry, but the difference, according to game director Alex Hutchinson, comes in the density of the world. The team “felt that the map size for [Far Cry 3] was really good,” pushing them to focus on more activities, such as Karmic Events, more outposts and a broader rebel leader system within the same space.

Unfortunately, not all of Far Cry 4 will be open at all times and some may find the weather patterns to be a bit odd when the full game releases. Hutchinson revealed today that there will be no rain within the game; the weather will be limited to sun, snow and fog with the same day-and-night cycle from the previous game. Kyrat is a setting at the base of the Himalayan Mountains, but Hutchinson also revealed that those will not be open for exploration. He did say that specific missions would send players into the mountain range for limited periods of time. Other script-specific events, such as avalanches, will be included as well while some cut scenes that will be interruptible by the push of a hidden prompt, which Hutchinson wants to remain hidden.

The touted Share Play feature for the Playstation 4 will also, supposedly, be making its debut with Far Cry 4 when the game releases and will allow those without the game a timed trial to play along with someone who does. That feature is a part of Sony’s 2.0 system update that will also include background themes, the ability to play music from USB devices, the ability to upload videos to YouTube and a recommended friends section. This update is rumored for sometime early next month, but will likely come before Far Cry 4 releases.

Far Cry 4, despite the announced limitations, is still a lengthy adventure according to Hutchinson and worth exploring. According to his Twitter page, this jungle odyssey will run players “35 hours on average,” meaning that he believes the side content will keep players engrossed for much longer should they desire. The dense world of Far Cry 4, while not limitless, has the potential to keep players engrossed for weeks and months on end when it releases on Nov. 18 for Playstation 3, Playstation 4, Xbox One, Xbox 360 and PC.