Grey’s Anatomy Season 11 Episode 3: Got to Be Real [Recap] 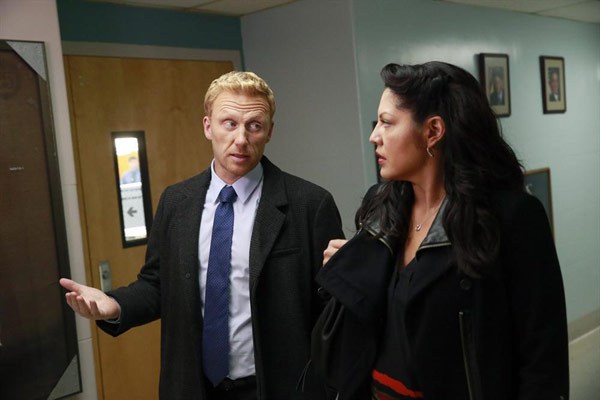 Grey’s Anatomy season 11 episode three, titled Got to Be Real, was full of emotion and arguments. If the two Shepherds were not at each other’s throats, Callie and Owen were taking their frustrations out on each other. It makes for a dramatic episode, but arguably not one of the best.

The episode started with Meredith taking a sick day and spending it with Karev. Poor Alex was forced to take a shower while Meredith shared all her problems. Despite a sarcastic comment about his manhood, it is clear that he is uncomfortable taking Cristina’s place as his friend’s person. However, she had no-one else to turn to, and has not yet spoken to husband Derek about her long-lost half-sister. Alex helps her piece the puzzle together to find that Ellis found out about the pregnancy the night she went into hospital after slitting her wrists.

To make matters worse, she finds out that Richard has never told Maggie the truth. That makes her angrier until she realizes why. Richard Webber is upset that Ellis Grey never told him the truth 30 years ago. One of the more memorable moments of Grey’s Anatomy was how Richard and Adele could never have children, but it was clearly something he always wanted. Meredith became like a daughter to him, but he had a daughter all along.

Maggie does not take the news lightly. She claims Richard knew all along (as in 30 years ago), and should have told her the truth right away. Maybe she fails to realize that her recovering alcoholic biological father was still in shock.

Then it comes to the Shepherds on episode three of Grey’s Anatomy season 11, Got to Be Real. Derek has to take orders from his little sister, who is now head of neuro. However, he does not agree that she is capable of the job when their resumes are pitted against each other. The whole thing boils down to the fact that he resents Meredith. He had a great job waiting for him, and was backed into a corner and could not leave. This was exactly why Meredith was annoyed that he was staying.

Finally, Owen admits that he misses Cristina. It is not just that he misses her, but that he does not feel good without her around. There is a piece of him missing, and he fears the darkness will come back. It is why he wants on Callie’s project and to help the veterans. He wants to feel good about something.

Despite an argument, this is one that is solved by the end of the Grey’s Anatomy episode. Callie understands Owen’s need to feel good about something. She needs something good to happen too, after another argument with Arizona over having a second child. They agree to work on the project together.

It all comes to an end with the board deciding between Karev and Bailey; a character who is changing for the worse. Bailey wins in the end, and Karev is left without any employment prospects. That is for now, though. There is bound to be something to come. After all, Got to Be Real is only the third episode of Grey’s Anatomy season 11.