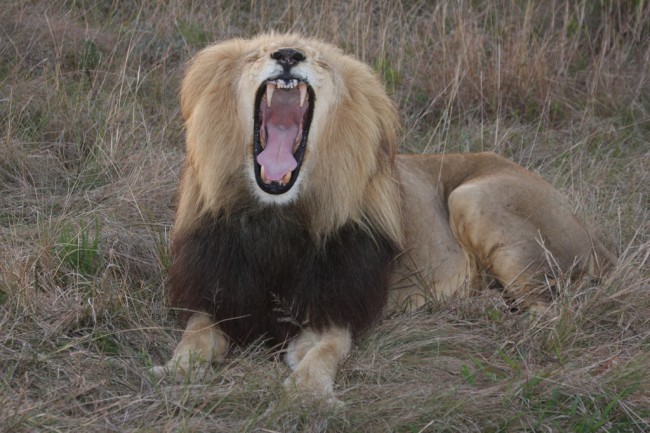 The first book in the Infected series is actually two separate stories put together as one novel. Infected Prey introduces the readers to a world not unlike this one but with a slightly dystopian feel. In the Infected universe there are individuals who are infected with a virus that forces them to shift into felines for a few days during the month. These shifts are brutal on the body and therefore tend to weaken and eventually cause the death of the infected person.

With different strains of the virus come different felines such as lions. For most people in order to become one of the infected it requires an exchange of fluids with another infected individual. The Infected series follows a character by the name of Roan who is one of the infected. The difference between him and others though is that he was born with the virus and is therefore considered to be a virus-child. His particular strain is that of a lion and he shares many similar traits with his strain of animal.

Roan is a private investigator and owns his own firm with his partner Paris, who is also an infected. Roan was a former police officer and is called in to assist the police when there are cases that involve other infected individuals. Both characters have larger than life personalities. Paris is charming and engaging, his character is described as exceedingly handsome and he can get people to tell him things they didn’t plan to. Roan on the other hand is a rough around the edges grouch. He is sarcastic and grumpy but will protect those he considers to be his family and friends. As an infected child he grew up in foster homes and is an orphan and much of that has shaped who he is as a person. 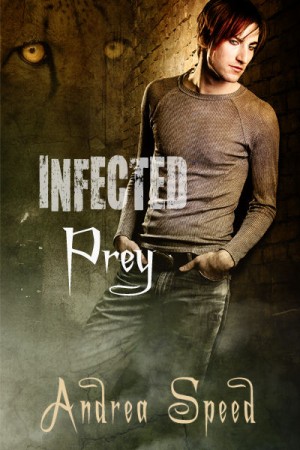 While both characters are opposites, they work well together. The relationship between the two develops more in the second story of the book and the readers get to see how they work together as a couple more than in the first story. Infected Prey does not pull any punches. The mysteries that Roan is called in to solve actually allow one to get a better sense of the world he lives in and how those around him feel about the infected. Many fear the infected and Roan and his lion in particular.

Although both stories center on a mystery or case that Roan must work to solve, the story itself is more about Roan and who he is. Whereas in future books the cases seem to dominate more of the story, this first book is an introduction of sorts. In fact, the cases really provided insight into the world that Roan lives in rather than being engaging as a mystery on their own.

Infected Prey by Andrea Speed is not a slow build up type story but as one reads further the writing continually improves. From the first story to the second, the writing gets stronger and the characters voices come through with more power and presence. For those who want a story that combines suspense and urban fantasy, Infected Prey delivers a unique take on what it means to be a gay detective that shifts in a world where being an infected is both feared and misunderstood.

One Response to "Infected Prey by Andrea Speed (Book Review)"