By Tamara Van Hooser on October 5, 2014Comments Off on ISIS Persecution Forces Iraqi Christians to Choose 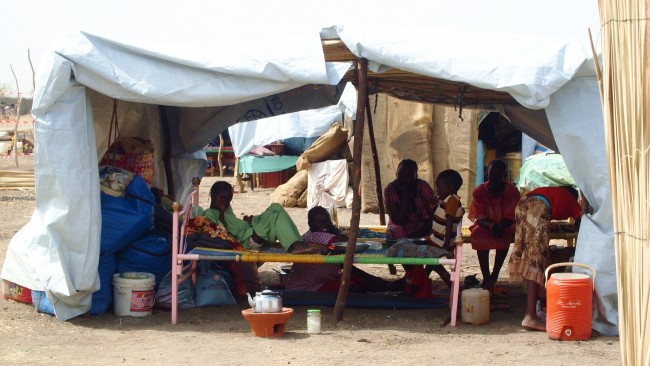 ISIS militants forced many Iraqi Christians to flee their homes when they overran the cities of Mosul and Qaraqosh in June 2014, but persecution continues with harassment, unfair taxes, arrests, banishment and violence against any who run afoul of Islamic authorities by choosing to hold tight to their Christian beliefs even in the face of threats and grave dangers. Many Christians who escape the perils they face in Iraq and other ISIS-controlled areas tell stories of demands to renounce their faith in Jesus Christ and convert to Islam or face oppression, arrest, imprisonment or death.

One woman told reporters that the only choice for staying alive was to leave. A young father at a Jordanian church, where many fleeing Iraqi Christians have found temporary refuge in the last few months, spoke of leaving everything to follow Jesus according to biblical teaching. In spite of the jeopardies they face, thousands of Middle Eastern Christians living in ISIS dominated regions are following suit in refusing to abandon their God and making the choice to put integrity of faith above all else.

Christians, along with other Iraqi minority groups that do not adhere to the principles of radical Islam, have received ISIS ultimatums to “convert, leave or die,” according to the Christian Post. The terrorist group has no mercy for anyone espousing different beliefs or of a different ethnicity. Work is difficult to come by for Christians, leaving them struggling to pay daily living expenses, let alone the oppressive poll tax demanded of them. Workers from the Open Doors watchdog organization have witnessed countless instances of unimaginable ordeals inflicted on the vulnerable populations, from threats and beatings, to imprisonment and death. The persecution even extends to rape of women, boys and girls by ISIS troops, forcing Christians to leave Iraq, choosing alienation from their homeland for the sake of protecting their children and their families.

The American Center for Law and Justice (ACLJ) asserts that it is not just native citizens in danger from ISIS persecution. According to the ACLJ website, the jihadist group has promised to “drown all [American Christians] in blood.” They report that James Foley, the American journalist beheaded by ISIS in late August, was openly honest about his Christian faith, releasing descriptions of praying with other captives and finding strength in God to continue despite the horrors they were experiencing. American Pastor Saeed Abedini has been imprisoned for his faith in Iran and regularly receives death threats from extremist inmates with affiliations to terror groups.

On Oct. 2, Pope Francis met with Mar Dinkha IV, the Assyrian Patriarch of the East, and acknowledged the violence against Christians in Iraq and Syria. He was emphatic that no excuse suffices to justify the ongoing violence against hundreds of thousands of innocent civilians of all ages and genders. He averred that the entire body of Christ is hurt when any member of it suffers the injustice and exploitation that Middle Eastern Christians face on a daily basis. He professed his commitment to pray for the persecuted church and encouraged humanitarian aid toward the afflicted. 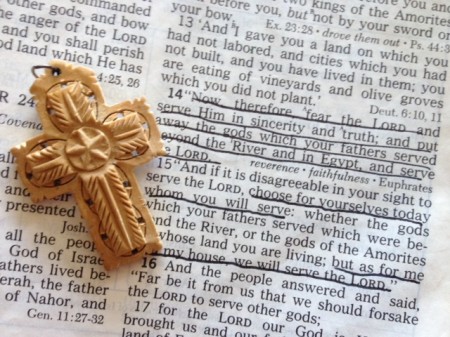 Such atrocities cause many to question God’s goodness and sovereignty. Many may wonder why the God these people hold so dear at the peril of their own lives does not save them. Dr. Daniel A. Brown, founding pastor of The Coastlands Foursquare Church in Aptos, Cal. and director of Commended to the Word Ministries, offers a biblical perspective on the Christian response to tragic events. He explicitly refutes the ideas that tragedy, death and destruction is God’s intention or judgment on a nation or people, explaining that God is in the business of redemption, not extermination. He assures his readers that God is indeed all good and all-powerful but that He does not impose His will on the unwilling because He seeks relationship which requires free choice. With choice comes the potential that some will choose evil but that any hope of escaping the wickedness comes from trusting His plan to bring all who choose Him into a place free from evil and death someday.

Christians suffering under ISIS rule have fled to many nearby countries and Europe rather than renounce the God of their salvation. Jesus warned His followers in John 16:33 that this world would be fraught with trouble but in Matthew 19 promises anyone who leaves everything that is dear to them to follow Him, will receive much more back in return, even everlasting life. Iraqi, Iranian and Syrian Christians are actively living out this truth on a daily basis, as ISIS persecution forces them to choose faith over fear and make a difference for God in spite of their perilous circumstances.

American Center for Law and Justice

Commended to the Word: Where Was God When the Towers Fell? – A Seventh Anniversary Retrospective (e-book)