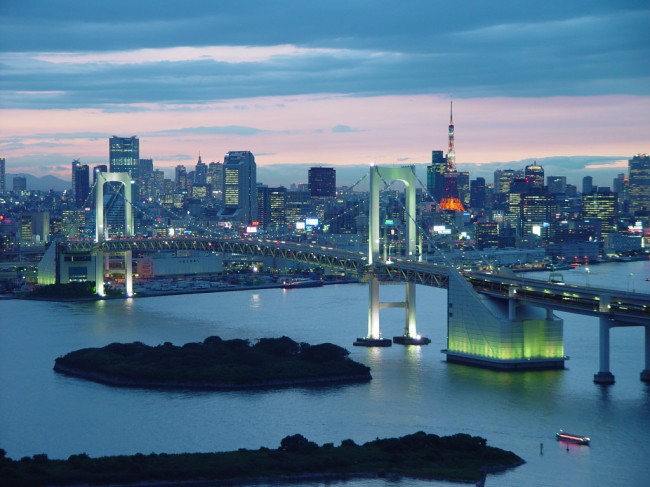 Japan is facing multiple natural disasters as the country recently experienced the eruption of a volcano and the effects of a massive typhoon. Typhoon Phanfone reportedly hit Okinawa and caused two U.S. airmen and a surfer to go missing near the coast, according to CNN News. This event occurred just after a week when Mount Ontake had suddenly erupted and reportedly killed more than 50 people. Now, the country is bracing for another typhoon which may hit parts of Japan by the end of the week.

CNN stated two U.S. airmen went missing and another was found dead after being washed out to sea on Sunday, Oct. 5. Around four to six U.S. servicemen had reportedly been taking pictures at a beach when a wave caught the men off guard and took them out to sea. Two went missing and one managed to make it back, another was later found and pronounced dead.

According to CNN, Typhoon Phanfone was to blame as it made land with winds up to 81 mph. CNN stated a 21-year-old surfer also went missing at sea while the typhoon reportedly caused cancelled flights and train rides in different parts of the country. Some schools were closed due to heavy rain and wind, and mudslides were cited as a potential problem.

In fact, The Weather Channel (TWC) stated a total of seven people are believed to be dead and 62 injured after Typhoon Phanfone hit vast areas of Japan and also triggered mudslides. TWC stated two men had been buried by a mudslide in the city of Yokohama according to Nippon Hoso Kyokai, or Japan Broadcasting Corporation, which is Japan’s public broadcasting system. TWC also reported a junior high school student may have been swept out to sea as well.

The typhoon was expected to drop 16 inches of rain, but Bloomberg reported about 10.5 inches of rain was recorded in the capital of Tokyo, according to Japan’s Meteorological Agency. The center of the storm had reportedly hit Hitachi, which is a city located north of Tokyo, before it made its way back towards sea.

Meanwhile, a system known as Typhoon Vongfong has departed from Guam and may be headed towards Japan. ABC News reported the typhoon turned into a Super Typhoon on Tuesday, Oct. 7 with estimated winds of up to 155 mph. The storm is expected to gain a bit of strength out at sea before possibly making landfall in Japan this weekend with estimated winds of around 105 mph, or the equivalent of a Category 2 hurricane.

If Typhoon Vongfong hits Japan later this week, the country will have faced multiple natural disasters in past weeks. The country recently lost more than 50 people after Mount Ontake had suddenly erupted on Sep. 27. In fact, according to MSN News, a search for about a dozen people who were reportedly still missing after the eruption had occurred was suspended due to estimated downpour from Typhoon Phanfone.

Typhoon Phanfone caused landslides in parts of Japan, so the search for those still missing around Mount Ontake may prove difficult. With the possibility of Typhoon Vongfong on a pathway towards Japan and estimated to hit at the end of the week, the country will have to make the most of what it can while facing multiple natural disasters.