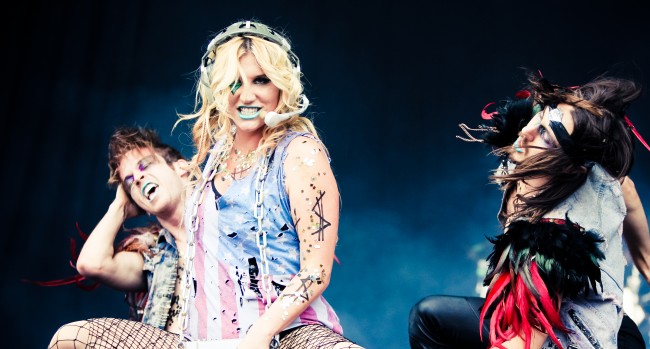 Kesha and her producer, Dr. Luke, are locked in a legal battle. The singer decided to sue her producer, and he has filed a counterclaim against him. According to the court documents, there are a range of allegations against Luke, who claims that they are all false.

The 27-year-old singer claims that her producer sexually assaulted her, as well as harassed her while he was her mentor. Kesha says that Luke convinced her to leave her family and friends behind in Nashville, and relocate to Los Angeles. She would then be able to focus on her music career. This started 10 years ago, while she was still in high school and at a very impressionable age. The abuse was verbal, physical and emotional, and she says that she almost lost her life because of it.

Kesha has certainly had troubles over the last few years. After a recent stint in rehab, she spoke out about her eat disorder, and how it took over her life. It was due to a drop in self-confidence and self-worth, and it seems that Luke had something to do with that. She claims that he called her fat, and destroyed her self-image. It has only been recently that she has had more control over her life, and been able to get back to who she really is inside.

It has led to Kesha and her producer being locked in a legal battle. Luke, who is really called Lukasz Gottwald, stated that the allegations are all false, and he is now countersuing. He believes that there has been a breach of contract and defamation, along with other reasons. Christine Lepera, his attorney, stated that the allegations are outrageous, and are a way for the Timber singer to be released from her currently exclusivity agreement with the producer.

The singer’s lawyer, Mark Geragos, stated that it was another attempt to continue to abuse his client. These new allegations are a sign of his tyrannical control, and there is no basis in fact that Kesha’s own allegations are false.

Since leaving rehab, it seems that Kesha wants to gain more control over her life. She wants freedom in her music, and would like to reclaim her own voice. Her current aim is to close the door on her dark period in her career and life, and focus on the positives in the future. However, she cannot do that while held under the exclusive contract with Luke.

She has gained more confidence since leaving rehab. Luke did not help by telling her that she was ugly and not talented. The only reason she reportedly gained fame was due to having him as a producer and doing as he said. This emotional abuse led to some of the decisions to slip into the eating disorder.

Luke continues his belief that the 27-year-old just wants out of her contract. He claims she has tried to extort him, and used a blogger to start a “free Kesha” campaign. The lawsuits were only filed this week, and now Kesha and her producer are locked in a legal battle against each other.