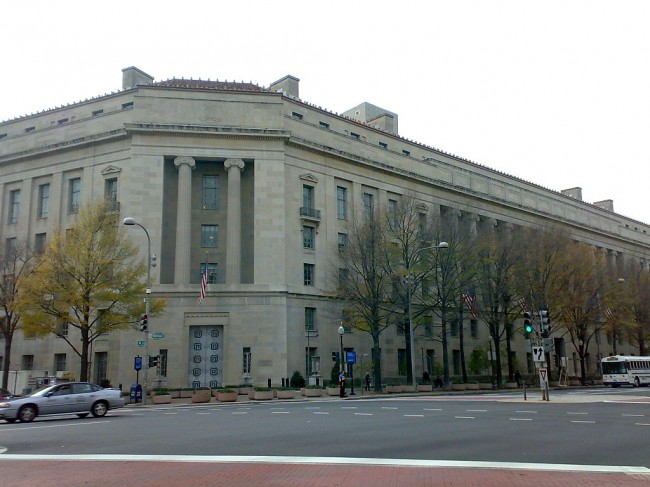 The American Civil Liberties Union (ACLU) is giving testimony today at the Inter-American Commission on Human Rights about the shooting death of Milton Hall by eight police officers. Hall was a 49-year-old man, battling mental illness and struggling with homelessness. He was ringed by a group of policemen brandishing weapons, and when Hall turned and reacted to a police dog growling at him, was shot at by the officers 45 times, with 14 of those shots hitting him. Hall was unarmed, aside from a small knife.

Despite the entire incident being caught on film, the United States Department of Justice (DOJ) has failed to file charges against the officers. Their statement indicates that they did not find sufficient evidence of “willful misconduct” on the part of the officers to pursue prosecution of the police officers involved. The ACLU is arguing before the commission today to argue the need to reverse that DOJ decision.

The ACLU is arguing based on precedent set in the Supreme Court that officers “recklessly disregarding” the rights of an individual do, indeed, meet the standard of “willfulness” that would allow prosecution. In statements made by attorney Mark Fancher, working on the Michigan Racial Justice Project, they have condemned the actions of the police, claiming that the life of a homeless man of color was regarded as insignificant and without value, and that not enough was done to protect the life and rights of that man.

Hall’s mother has put together a YouTube video which includes the footage from the shooting, and a cry for help to find the justice for her son that she states clearly has not yet been served in her mind. She recounts her son’s work with Rosa Parks fighting for individual rights, and describes him as she saw him, and not as the officers who felt justified in shooting him down did. She tells openly of his diagnosis as a young man with mental illness, and the lack of understanding of his situation she believes he was experiencing during the standoff with police. The ACLU echo her assertion in the video that Hall had a right to the reasonable expectation that the police would act in a manner to protect his life and rights. The video graphically demonstrates, in her mind, their failure to do so.

In their argument to the DOJ, the ACLU examines thoroughly the incident in terms of the legal requirements for a shooting of this nature. They explicitly refute the premise that a “reasonable” officer on the scene could have viewed a mentally ill man, outnumbered, and carrying only a small knife and standing well clear of the range of that knife, could present a threat sufficient to justify the firing of 47 bullets at him. They present an outlined argument for excessive force and willful misconduct, and argued that Hall was only barely within the strict definition of resisting arrest at the time because he was refusing to comply with requests that he disarm himself and approach the officers but was in no way physically engaged with any one of them.

There is a growing outcry and sense of betrayal by the justice system in Saginaw county which the ACLU alludes to in their testimony about the Hall shooting. Despite the fact that the incident happened in 2012, the sentiments of mistrust and dereliction of duty are only growing. Without action being taken to prosecute the officers who were a part of the incident, this community will likely continue to be fragmented, and the outcry from the people seeking answers and resolution will almost certainly get much louder. In light of the events in Ferguson and other cities around the country where there is a perception of institutionalized racism on the part of the authorities, that outcry might just be joined by a great deal more than just the citizens of Saginaw county.