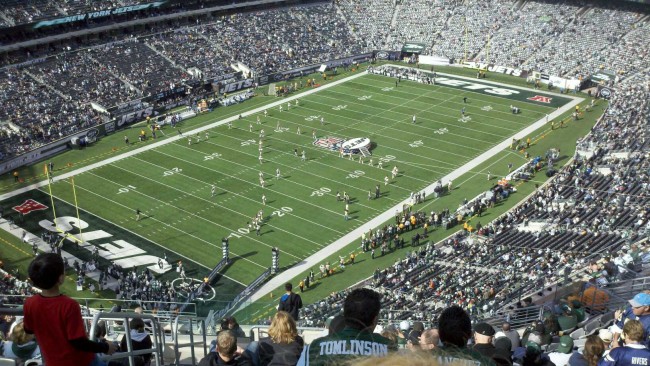 Following a 43-23 loss to the Buffalo Bills, the New York Jet’s 2014 season is all but over. The New York Jets as a team are a sinking ship, and that ship is sinking fast. They currently sit at 1-7, last in their division, and are tied for the second worst record in the NFL. That one win also came against the Oakland Raiders, the only winless team in the NFL.

Since starting the season 1-0, the Jets have lost seven straight games. Those seven losses include blowing an 18 point lead over the Packers in week two, a 31-0 week-five drubbing at the hands of the Chargers, and the previously mentioned loss to the Bills following a second-half collapse. The team has shown flashes of brilliance in some close losses, as their 27-25 defeat against the Patriots showed just how good they can actually be. However, coupling their 1-7 record with the fact that 12 teams in the AFC sit at .500 or better, the Jets chances of making the playoffs aren’t officially at zero, but they may as well be. With games against the Chiefs, Steelers, Patriots, and two against the Dolphins, a twelve or thirteen-loss season is not unreasonable.

During his midseason press conference, General Manager John Idzik, refused to comment on the future of Head Coach Rex Ryan, though when a team performs as poorly as the Jets have been performing, it is the coach who suffers the blame. It is unlikely Ryan will be fired midseason, as he seems to have a good rapport with those in the Jets’ front office, but barring some unforeseen intangible, Ryan will not be coaching the Jets in 2015.

The problems in New York run much deeper than coaching. In fact, a closer look at the team’s situation suggests Ryan was handed a sinking ship to start the season, and the only real surprise has been how quickly it has sunk. New York’s issues at quarterback have been constant during the Rex Ryan era. Mark Sanchez (now a backup for Philadelphia) finished his career under Ryan with 68 touchdowns against 69 interceptions. Geno Smith, who was benched in last week’s game following three first-quarter interceptions, has a 19-31 touchdown/interception ratio in 24 career games. His replacement, Michael Vick, belied any confidence Jets’ fans had in him when he finished the game with three turnovers of his own (one interception and two lost fumbles). He also fumbled twice more, but those were recovered.

The Jets have usually been able to hide their offensive woes under the defensive-minded Rex Ryan, but that stout defense has been anything but this season. They have allowed 20+ points in seven of their eight games, (their week one victory over the Raiders being the exception) and 30+ in four of them. They do only allow 320 yards per game, (good for sixth in the NFL) but with the offense turning the ball over as frequently as it has been, opposing teams are turning those 310 yards into 28 points per game.

If their struggles on both sides of the ball were not enough, two weeks ago, the Jets traded for receiver Percy Harvin. The move was looked at as a “Hail Mary” for the Jets’ season, but adding a player with the kind of off-the-field personality that Harvin is known for, in a locker-room with as many questions as the team has, will not lead to anything good.

The New York Jets have issues on both sides of the ball, a head coach whose seat is on fire, and a locker room atmosphere that borders on morose. There is a ship sinking in Metlife stadium, and that ship’s name is the New York Jets.