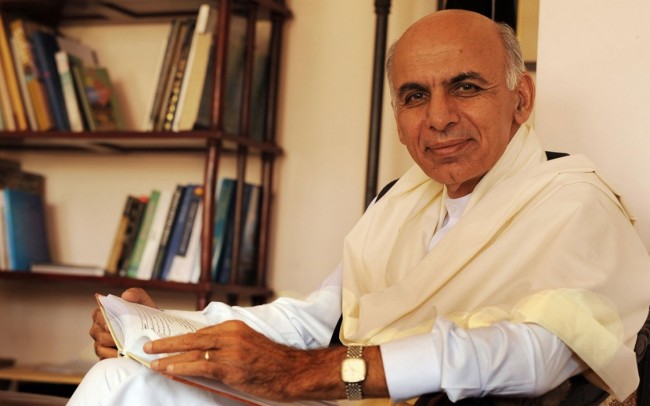 Newly elected Afghanistan President, Ashraf Ghani reportedly agreed to an overdue security agreement with the U.S. on Tuesday, September 30. The news comes a day after Ghani was sworn in as Afghanistan’s president. The security agreement ensures that both NATO and U.S. troops will not have to withdraw from the country by year’s end.

USA Today reported about 9,800 U.S. troops will remain in Afghanistan. Officials had originally agreed on terms about a year ago, but former President Hamid Karzai reportedly refused to sign the pact. Even with recent controversial presidential elections taking place between Ghani and his competitor, Abdullah Abdullah, both candidates previously stated they would sign the agreement if elected president.

The Washington Post reported Ghani and Abdullah took their oath of office on Monday, September 29 after “months of political tensions.” Ghani was declared and sworn in as Afghanistan’s new president and Abdullah took an oath as Chief Executive. Diplomats are hoping the two will work together to address numerous situations, including the ongoing battle with Taliban forces, high unemployment, and possible corruption.

Newly elected President Ghani reportedly agreed to a Bilateral Security Agreement which allows the U.S., NATO, and Afghanistan to work together and continue to train about 350,000 Afghan security troops. Time Magazine stated Mohammed Hanif Atmar, a newly appointed National Security Adviser, had actually signed the forms, and James Cunningham, the U.S. Ambassador had signed it on behalf of President Obama.

The agreement comes soon after the Taliban allegedly attacked villages and national intelligence agencies in the Ghazni province area this past month. More than 100 died or were injured, and about 70 homes were burned down in the Ajristan area. Taliban fighters appeared to have targeted policemen and their families. Bombs were also reported as exploding near two National Directorate of Security headquarters where Taliban fighters allegedly stormed the facilities.

President Ghani had told supporters at the signing ceremony that the agreement is a positive shift for Afghanistan, according to Time Magazine. He had said it was for “Afghan security and stability,” and upon national interest so that the country could take control of its own forces.

FOX News stated a portion of Ghani’s first address after he was sworn in as president was directed toward the Taliban. He said militants should lay their weapons down and accept the new political process. “We are tired of war,” he was reported as saying:

“Our message is peace, this doesn’t mean we are weak.”

FOX News stated violence had occurred on Monday, however. Militants reportedly killed around 12 civilians and police officers. Still, President Obama said the signing of the agreement was a historic day for U.S./Afghan relations, particularly for the long-term security of Afghanistan.

With a newly elected president and Chief Executive taking over Afghanistan who both agreed to sign the security agreement with the U.S. and NATO, the country has its hands full with a new political process. Despite recent and alleged attacks by Taliban militants, it appears Afghanistan is ready to continue training its 350,000 security forces and implementing new leadership.