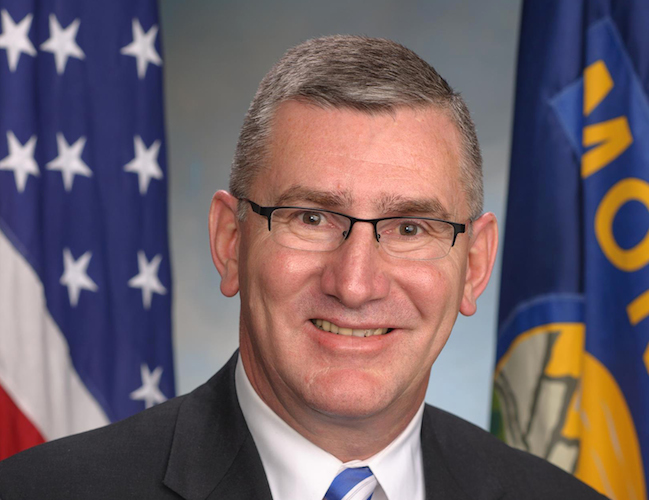 United States Senator John Walsh, who was reported in July by The New York Times to have committed plagiarism his 2007 final paper toward his master’s degree with the Army War College, has had this degree rescinded by that institution. A retired colonel with the National Guard, Walsh withdrew from this year’s election the following month.

A review board comprised of faculty members at the Carlisle, Pennsylvania college made presented their final decision on Friday. A centerpiece of the Army War College campus is a bronze plaque that displays the names of the school’s candidates and Walsh’s name will be removed.

The U.S. Senator denied the plagiarism claims when he was told of them in July, served as Montana’s Lieutenant Governor, the Montana National Guard’s adjutant general, and is a veteran of the Iraq war. Despite the newly official blow to his integrity, Walsh will not resign before the expiration of his political term later this year. He acknowledged his actions – and apologized for the – first time on Friday. Speaking directly to his Montana constituency, Walsh specifically recognized his plagiarism and that he is “prepared to live with its consequences.”

The Times reported that about two-thirds of the senator’s final paper looking at Middle East policy was taken from other published works, either purely verbatim or by not using quotation marks. An official with Walsh’s campaign had earlier stated that his plagiarism toward his master’s degree was “a mistake.” Another person with his campaign announced that, at the time of Walsh’s work on the paper, the man was undergoing drug treatments for Post-Traumatic Stress Disorder. He said the revelation about the drugs provide ” … important context for the circumstances which the Senator was working in.”

The report from the Army War College’s review board said that other students have faced “similar or more serious personal and psychological issues” but have nevertheless been successful in completing “course requirements without resorting to plagiarism or other cheating.”

Walsh’s 14-page “strategy research project,” The Case for Democracy as a Long Term National Strategy, offered six policy recommendations. The Times reported that each were “taken nearly word-for-word without attribution from a Carnegie Endowment for International Peace document on the same topic.”

Walsh was not elected to his Senate office but was instead appointed early this year to replace the longstanding Senator Max Baucus, a Democrat, who became ambassador to China. After Walsh announced his intention not to seek election to the office he to which he was appointed, Democrats in his state replaced him on the ballot with Amanda Curtis, a Montana legislator who has distinguished herself by supporting the expansion of background checks for gun purchasers. Curtis’ brother killed himself at age 16 while engaged in a game of Russian roulette. Curtis’ chances of success in the upcoming race are believed to be slim, with Baucus’ former seat now assumed to be going to the Republican nominee, businessman and U.S. Representative Steve Daines. He has two big advantages over Curtis: Name recognition and a bank account worth $1.7 million.

Plagiarism has cost Senator John Walsh his master’s degree and is the likely reason he is not seeking to retain his seat. Baucus’ former place in the U.S. Senate has been held by Democrats for over a century. To win the triumph of majority control of that body, Republicans will need to see a net gain of six seats throughout its 100 total seats.