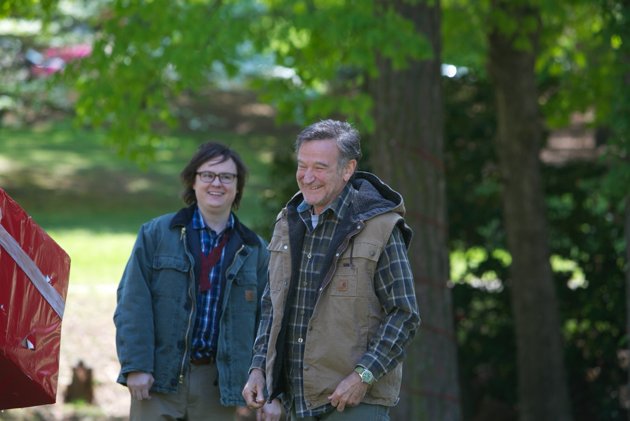 The loss of Robin Williams left many fans heartbroken but he posthumously offers a Christmas holiday treat. Fans get to see the late legend on screen once again just time to greet the season.

The hilarity and charm indicative of numerous memorable portrayals fostered assumptions that the iconic comedian lived a uniquely spirited life. Even as rumors of depression and substance abuse raised concerns, the light the actor ignited in many hearts never dulled. Then tragedy came in his untimely passing. But as of November, Williams will again capture the hearts of fans old and new in one of three upcoming projects.

A Merry Friggin’ Christmas, due in theaters November 7, is about a family man who is forced to spend the holiday with his estranged extended family of misfits, but must embark on an 8-hour journey to get the gifts he left behind for his son before Christmas arrives. It is a family holiday film that people of all ages can enjoy. Williams brings the comedy but leaves the merriment to his costars.

Robin Williams plays the grumpy father to Joel McHale’s character. The telltale Scrooge-esque role he portrays is the core of most Christmas movies and dates back to Charles Dicken’s 1843 novel, A Christmas Story. Williams puts his signature spin on the character-type also portrayed by fellow comedian Jim Carrey in How the Grinch Stole Christmas and A Christmas Carol.

While in town filming, Williams revisited his comedic roots and performed on stage. He visited Atlanta’s Laughing Skull Lounge, a far more intimate venue compared to the Fox Theater where he previously performed stand-up, and performed for 80 people.

Owner Marshall Chiles regards Robin Williams’s featured performance as a dream come true. Mara Davis, a local radio personality who was an audience member that night, also recalls the surreal experience. She remembers him being an “instant surge of energy” as he came out. She says he was a “blast of hilarity” and a “true physical comedian” who changed the energy of the room the moment he stepped onto the stage.

Marcey Guthrie has worked at Atlanta’s Punchline Comedy Club for over 30 years and encountered Williams on a couple occasions. The first encounter was in the late 1980s. When Williams visited the second time, upon being greeted at arrival by Guthrie, he received her remembering the woman by name. She says he “came in full blown having fun.”

About 140 local residents were used as extras at the Norcross Station Café film location. Atlanta’s Kristen McGary was hired on as set decorator. She says she did not hesitate to accept the job when told it would entail decorating the set of a Robin Williams’s movie.

Robin Williams died from asphyxiation in Tiburon, California on August 11, 2014 following a bout of depression. The Julliard alum was recently paid tribute at the 2014 Primetime Emmy Awards and honored in a private ceremony in September.

Tristram Shapeero, A Merry Friggin’ Christmas director, expressed deep sadness over Williams’s passing. He says the iconic star was a great comedian but even better actor.

William’s costar and onscreen son, Joel McHale, says the legend was the best that ever was and that he was one of McHale’s heroes. Night at the Museum: Secret of the Tomb costar, Ben Stiller, and others offered kind regards of the late legend.

Night at the Museum: Secret of the Tomb is set to premiere in December 2014. Sci-fi Comedy, Absolutely Anything – Williams’s final release – is due out in 2015.

A Merry Friggin Christmas was Robin Williams’s last filming prior to his passing, and many will treat themselves the holiday movie from the late comedian and actor. The film may provide healing by way of laughter.

One Response to "Robin Williams: A Christmas Treat"