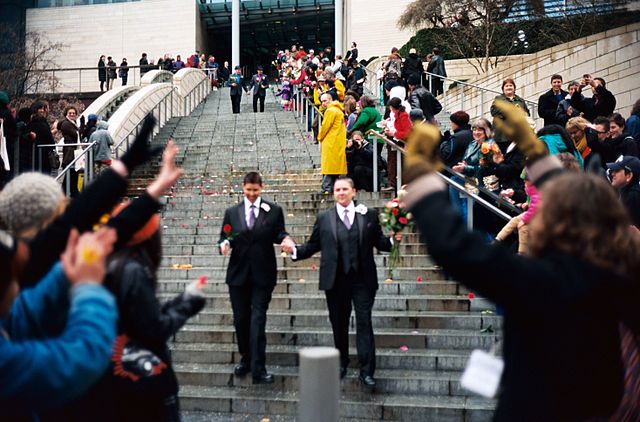 After the Supreme Court failed to take up the question of same-sex marriage on Monday, the 9th Circuit Court of Appeals in San Francisco gave opinions overturning the bans in Nevada and Idaho. The opinion stated that the bans violated the equal protection clause of the 14th Amendment. It invalidated the arguments that same-sex marriage presented a threat to opposite sex marriages, and ruled that the bans were unconstitutional. In the case of Nevada, governor Brian Sandoval had withdrawn his support of the ban,  saying that in light of events nationally it had become clear that it was indefensible. The court was still compelled to consider the case and make a ruling. With this opinion, the matter is settled and it is now legal for same-sex couples to  be married in Nevada and Idaho.