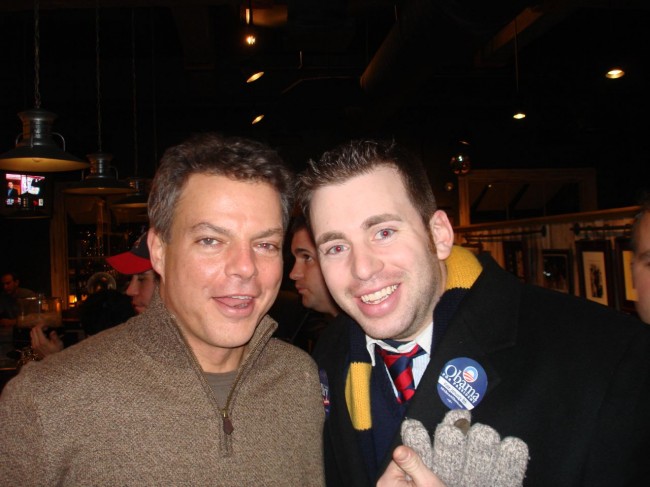 With the second case of Ebola coming out of Texas, this topic has the makings of an apocalyptic movie. Shepard Smith, host of Shepard Smith Reporting on Fox News, said the unwarranted panic of Ebola news streaming from the media is unwarranted. Another person has become infected, a nurse at Texas Health Presbyterian Hospital in Dallas, diagnosed Wednesday. Amber Joy Vinson, 29, is currently at Emory University Hospital in Atlanta, Ga., receiving treatment.

Smith said on his show Wednesday morning, “The fears of pandemic hysteria are being over sensationalized by the media.” He was directly referring to a statement made by Doug Mckelway, a news reporter for Fox. “Creating unwarranted panic of the Ebola virus by the media,” Smith said on his Fox Network show, “has political roots.”

The nurse, who contracted the Ebola virus while caring for Thomas Eric Duncan, the Ebola patient who died last week in Texas, flew from Cleveland to Dallas-Fort Worth on a flight with 130 other passengers. She did not have any signs of Ebola, reporting only a mid-grade temperature less than 100.0 degrees.

Dallas county will hold a meeting on Thursday to consider options in preventing the spread of Ebola. The group will look at possible shelters for the health care workers who were exposed. They are considering restrictions on the workers whereabouts as well.

While in Cleveland, Ohio, Vinson stayed with family. Three family members work at Kent State University, who has requested that the three stay off the grounds during the incubation period of 21 days. Vinson showed no signs of infection while in Ohio.

While media personalities are claiming wide-spread panic, it is easy to see how a story like this can unfold into something larger than the reality of the situation, said Shepard Smith. Two people have been infected. They were both among the general population after being exposed and before showing signs of infection. Vinson traveled from Texas to Ohio by plane. She stayed with people in Cleveland for three days. Those people then went out into the general public.

In these cases, both of the infected were directly exposed to Duncan while he was experiencing symptoms of vomiting and diarrhea. Another nurse at Texas Health, Briana Aguirre, said, “They had not received any of the mandatory training on Ebola,” adding, “there was no discussion about the virus.”

Anchorman Smith said on his Wednesday show, “People of the media, whether it be what you read on the Internet, hear on the radio or see on the television that are creating this hysteria are reporting irresponsibly,” adding on his show, “There is no reason to panic in the United States.” Smith does acknowledge that there should be real alarm in West Africa, but as for the U.S. he says “It is being used as a political platform.”  With midterm elections coming up the parties are using this as a way of gaining leverage over one another.

In the meantime, Texas Health Presbyterian Hospital is worried about more workers testing positive for the virus.  There were 76 workers at the hospital that had been in contact with Duncan during the three days before the CDC arrived on Sept. 30. Shepard Smith is asking the media to stop the exaggerated Ebola claims that are, at this point, only creating unwarranted panic.