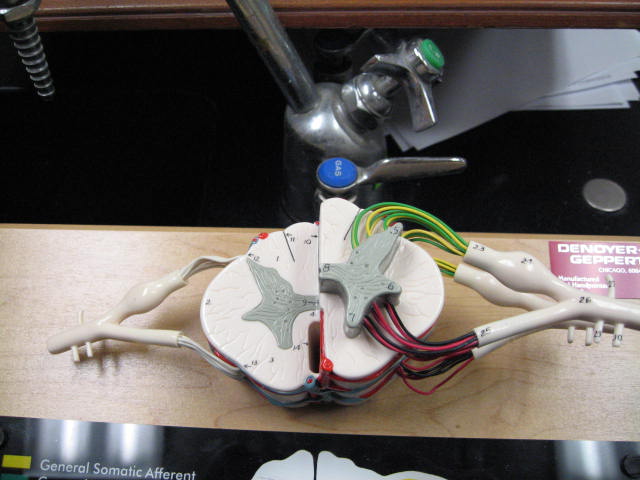 Nasal cells known as olfactory ensheathing cells, or OECs, may be the next big breakthrough in the treatment of spinal cord injury. Global news broke yesterday in the case of Darek Fidyka, a 38-year-old Bulgarian man who was paralyzed from the chest down following a knife attack that severed his spinal cord. Fidyka is now walking with the help of a frame, and is able to drive a car and live on his own, after a pioneering treatment that transplanted cells from his nose into his spinal cord. Fidyka’s improvement following the new procedure is giving hope to the 3 million patients living with spinal cord injuries.

The breakthrough is in the nasal cells. In 1969, Institute of Neurology at University College London professor Geoffey Raisman discovered that damaged nerve cells can form new connections, and in 1985 identified that OECs, a type of cell found in the nose, can help nerve fibers reconnect to the brain. Raisman and his team came to believe that one day it might be possible to treat spinal cord injury by regenerating damaged spinal cord nerve fibers using these nasal cells to encourage the regrowth of the damaged nerves.

Scar tissue forms at the site of the injury when the spinal cord is damaged, preventing the nerve fibers from regrowing. Raisman said that his theory was that these nerve fibers might be able to regrow if there was some sort of bridge over the scar. Years of searching led them to OECs. Raisman said that the idea was to take cells from an area of the nervous system that repairs itself throughout a person’s life, and put them into an area that does not have that ability. The cells that allow the sense of smell are the only part of the nervous system that regenerates constantly. The researchers planned to use OECs to encourage spinal nerve fibers to regrow over the gap.

The operation is a two-stage procedure. First, surgeons removed one olfactory bulb from high in Fidyka’s nose and grew the OECs in a culture in the lab. Two weeks later the cultured OECs were transplanted into his severed spinal cord. A strip of ankle nerve was grafted over the gap to use as a bridge. Three patients received the treatment, and in 2013 all were reported to show neurological improvement and no adverse effects. Yesterday it was announced that Fidyka is walking.

Raisman says that the new therapy represents a “historic change” in the outlook for people with spinal cord injury, but urges caution, as so far the treatment has appeared to work in only one person. Tests in animals have shown variable results. Also, Fidyka’s injury was a clean severing of the spinal cord in only one location, while many of these injuries are much more complex. Raquel Siganporia, whose spinal cord injury was the result of surgery, is “quietly optimistic,” saying she thinks it is a “small step, but a good step in the right direction.”

Many patients who suffer from spinal cord injury place a higher value on recovering bladder and bowel function than they do the ability to walk, according to Dan Burden, spokesperson for the UK’s Spinal Injuries Association. Siganporia agrees, saying the most exciting aspect of the breakthrough was not that Fidyka was now able to walk, but that he had recovered some sensation in his bowel and bladder, as well as some sexual function.

Burden also acknowledged that there is a long way to go before the new nasal cell spinal cord injury treatment can be applied to a large population. One question that still exists is how well it would work for someone who has been injured for many years.

One Response to "Spinal Cord Injury Treatment With Nasal Cells"