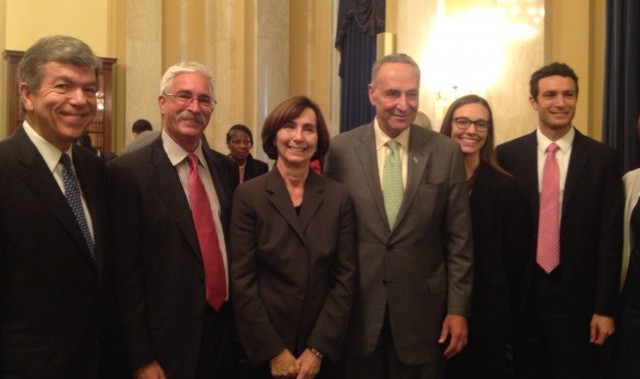 Democrats on the Federal Election Commission (FEC) are planning to introduce new regulations regarding political content on the internet, in order to kill free speech and political dissent. The decision of intent, which was announced late Friday, came about after an anti-Obama video posted to Youtube raised the ire of Democrats who found themselves powerless to stifle it as it was not a paid-for political ad, which would have brought it under existing FEC regulations.

Political content and advocacy posted free on the internet is not currently regulated by the FEC. Ann M. Ravel, who is a Obama-appointed Democrat and Vice Chair of the commission, is pushing to introduce regulations that will, effectively, govern all political materials on the internet. “A reexamination of the commission’s approach to the internet and other emerging technologies is long over due,” Ravel says. The three Republicans on the six-member commission – including Chairman Lee E. Goodman, are resisting the call for more regulation. They argue that, if regulation is extended to cover even unpaid political advertising, then blogs, politically active news websites and all other politically-motivated speech on the web will be curtailed. “This freedom has gained wide acceptance, as evidenced by the hundreds of thousands of political videos, websites, blogs and other social media…” the three wrote in a dissenting statement. ” They added that the shift in policy suggested by Ravel and supported by the other Democrats on the commission “could threaten the continued development of the Internet’s virtual free marketplace of political ideas and democratic debate.”

Speaking to Fox News, Goodman said “I have been warning that my Democratic colleagues were moving to regulate media generally and the Internet specifically for almost a year now.” Ravel is due to take over the FEC Chair next year. Goodman has warned, previously, that Democrats at the FEC are intent upon tighter regulation of the media. The First Amendment to the United States Constitution specifically forbids Congress from passing legislation which abridges freedom of speech and of the press. Further, it protects the rights of citizens to “petition the Government for a redress of grievances.” This last phrase exactly encapsulates the purpose of political dissent. As with most federal government agencies, the FEC – or, at least, the Democrats at the FEC – are overstepping their authority by attempting to extend their own powers far beyond constitutional limitations.

The mainstream media is overwhelmingly controlled by left-leaning owners, editors and journalists; Fox News, despite having a number of liberal hosts and contributors on staff, is the only mainstream television news channel that presents a conservative perspective. As an alternative to the heavily biased news and opinion presented in the mainstream media, conservatives established a dominance in talk radio and, to a lesser extent, on the internet. Many Democrats have pushed to reinstate the “Fairness Doctrine,” in order to kill off the conservative dominance of talk radio. President Obama has stated publicly that he opposes bringing back the doctrine.

In light of the well-documented, deliberate targeting of conservative groups by the Internal Revenue Service, there can be little doubt that – should Democrats get their way at the FEC – Americans will see the end of free speech in this country; political dissent will be crushed by whatever party holds the reins of power.

As David Arnett, Publisher of the local news site Tulsa Today, wrote Sunday “Tyranny always eliminates the independent writers of contrary opinion first, but by that time they usually have regulations and law on their side.”