The Good Lie: Reese Witherspoon in the Best Feel Good Film of 2014 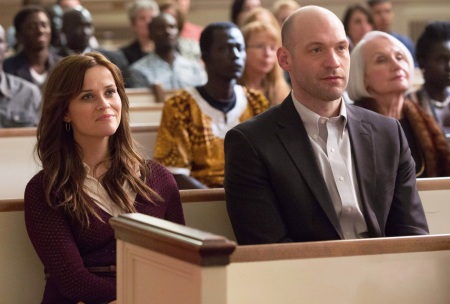 The Good Lie, the title appears to be taken from a scene in Huckleberry Finn by Mark Twain, stars Reese Witherspoon as the biggest name in the film, she actually spend very little time on screen, and this could well be the best “feel good” film of 2014. Taking real life stories of Sudanese children who had to flee their home country as its inspiration the movie follows a small group of boys and one girl from the same village who have to run when the adults are all killed in an attack.

A two brothers and their sister are among the group of kids who head first to Ethiopia, a place their parents told them was safe and where they should head in case of emergency and then to Kenya. On their trek across country they lose a couple of kids to the elements. The reason for the change of direction comes from the children almost reaching the Ethiopian border and coming across a long line of refugees who are leaving the country because there are soldiers over there as well.

Theo is the eldest son of the village chief and he is the leader. Mamere is his younger brother and Abital is their sister. Along the way, the oldest brother is captured by soldiers and Mamere has to take over the mantle of leader. After walking miles and facing death repeatedly the kids finally arrive at the Kakuma refugee camp.

After 13 years the children who are left from the village, Mamere, Abital, Jeremiah and Paul are shipped to America and this begins another journey for the now grown survivors from Sudan. The Good Lie, with Reese Witherspoon as the job placement officer Carrie and Corey Stoll as her boss, play the two people who try to help these fish out of water survivors and that is part of what helps to make this the best feel good film of 2014.

Directed by Philippe Falardeau (Congorama, Monsieur Lazhar)from a screenplay by Margaret Nagle (Boardwalk Empire, Warm Springs) The Good Lie features actors who have a connection with the Sudan and the war at the beginning of the film. Arnold Oceng (Adulthood, My Brother the Devil) is Mamere, Ger Duany (I Heart Huckabees, The Fighter) is Jeremiah, Emmanuel Jal (Africa United, War Child) and newcomer Kuoth Wiel, whose parents escaped from the Sudan, plays Abital.

A word of praise to the casting in this film, the young performers who portrayed the grown survivors as children in The Good Lie looked like younger versions of Mamere, Abital, Paul and Jeremiah. The film tries to show just what a shock it was for some of the 3,600 kids moved to America as young adults who needed to get jobs and pay for their airfare. Not only does the movie reveal how far removed these refugees were from the 20th century, but how little the charity workers and the INS understood about the survivors and their lack of knowledge.

One of the most heart wrenching moments in the film occurs when the little group land in JFK International Airport and they find out that Abital will be sent to Boston and not with the boys to Kansas City. The remaining young men now have to adjust to American life and try to get their sister back. The Good Lie is about the family adjusting to life in this new world and how little everyone knows about the differences in each culture.

The Good Lie is not a serious look at the war itself in Sudan but is more about the survivors who were sent to the U.S. While Reese Witherspoon stars in the film, very little time is spent on her character. The focus is on the Sudanese refugees and the feel good factor comes from their struggle to adapt. 2014 certainly appears to be the year of the “feel good film” and The Good Lie may be the best one out there. Do not go to this film expecting a war movie with a lot of action complete with blood and gore, it is not there. What violence there is in the film happens off screen for the most part although there is one scene with children’s bodies floating down river. Viewers should expect to be impressed by the survivor’s resiliency and will shake their heads at the well meaning “saviours” who know so little about the refugees. The Good Lie is already showing in select theatres but sadly will not be opening in Las Vegas. Moviegoers who want to see the film should check their local listings.