The Oddity of Mark Driscoll’s Resignation 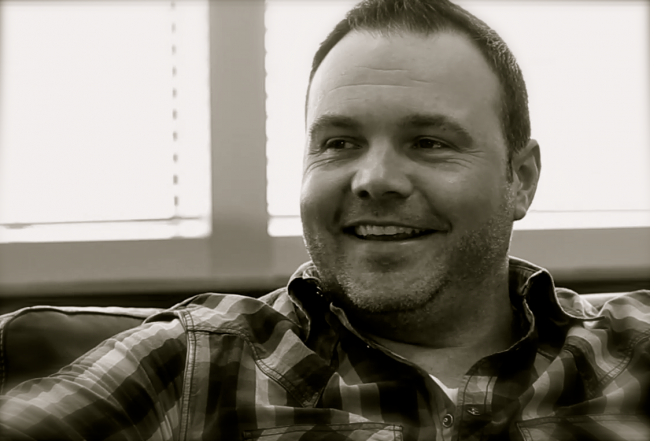 The rise and fall of religious leaders over the years has been a source of interest, but few are as odd as Mark Driscoll’s recent resignation from Mars Hill Church this week. Unlike many respected pastors who fall from grace, this story does not involve criminal charges or religious heresy. Instead, it seems to boil down to the personal choice of the man himself and is perfectly in line with Christian teaching on the sins of pride and arrogance. While believers may be inclined to congratulate Driscoll on a principled stand, skeptics may be left wondering what he is hiding or if this is just a smokescreen for some bigger issue. While the story seems straightforward at present, however, Mark Driscoll’s resignation is a true oddity in the annals of pastoral disgrace in the modern age.

Usually when someone says they have had time to reflect, what that actually seems to mean is that a situation has gotten so bad it cannot be ignored. In Driscoll’s case, though, he actually did take time out to look at his life and choices. On 24 August, he took a leave of absence from duties at Mars Hill Church in order to examine himself. The absence was to last at least six weeks while church elders investigated accusations leveled against the high-powered preacher by some of his congregation and others. There were charges such as plagiarism and a difficult leadership style, but also some as serious as padding book sales which may have been illegal. While the elders examined those charges, Driscoll examined himself.

The outcome of both activities is what makes this story truly remarkable. After having cleared Driscoll of wrongdoing, even finding some claims to have been completely spurious, the Board of Advisors and Accountability for Mars Hill Church received a resignation letter from its famous pastor. It seemed that Driscoll and the board had both come to the same conclusion: that he was guilty of the sins of arrogance and bad leadership. For the board, who did not ask for the pastor’s resignation, this was a workable situation. After all, it is a Christian principle to repent of sin and turn one’s life around. But for Driscoll, the conclusion was that he was unfit to be a pastor anymore and that he should retire from the profession.

The board was stunned, something that not many church boards can say about exiting leadership. That is what makes the resignation of Mark Driscoll such an oddity. Instead of having to be forced out, he simply left, seemingly with good grace. According to his letter of resignation, he was leaving with feelings of “profound sadness, but also with complete peace.” It is uncharacteristic for these two feelings to coincide, since usually there is a feeling of being hounded out for wrongdoing in such cases. As used as people are to tabloid-esque tragedy, Driscoll’s case is a refreshing breath of self-awareness on the part of a famous religious person.

Driscoll is voluntarily leaving behind a religious empire of some significance. At its height, the Mars Hill brand encompassed 14,000 regular attendees in 15 locations across five different states. Driscoll had published a book called Real Marriage: The Truth about Sex, Friendship and Life Together which took an unflinching look at sex, for which it received some criticism. But overall, the effect of his ministry in and around the Mars Hill Church arena was one of power and promise and attracted many thousands of people to its message. The fact that they managed to achieve this in the largely secular Northwest was astonishing and seemed to speak to their talent and the worthiness of their Christian message.

Lately, however, there has been a drop-off in the scope of that empire. Attendance at Mars Hill campuses is reportedly down to 7,600 people a week, a far cry from the 14,000 number it used to pull in. The cause of this seems to be less the message and more Driscoll’s influence within the organization. According to the board’s findings and Driscoll’s own admittance, he was an overbearing, combative and arrogant leader. This led to a series of resignations and firings of employees, as well as a drop in monetary contributions. That has all been part of the reason behind Driscoll’s leaving, not just the personal matters of self edification.

While Christians steeped in viewing the world from a religious angle may admire Driscoll for his principled approach to repentance on a public scale, there will be many skeptics who do not find it so wholesome. While the board officially found that Driscoll was innocent of wrongdoing, the charges of plagiarism and sales inflation will linger. There are many people who will be pleased with Driscoll’s exit for other reasons as well. The big time pastor has been parodied on Twitter by the Fake Driscoll account and the person who has run that account for the last five years is reportedly pleased with this outcome. Other people familiar with Driscoll’s work will no doubt remember his homophobic and misogynistic bent which flamed through on the internet message boards. Such messages which he posted under the pseudonym William Wallace II drew protests from some members of his congregation, members who might just be relieved to have such a divisive and inflammatory pastor gone. Overall, many people may have the feeling that it is good that a person with such hurtful views will no longer have a large platform to express them from.

Skeptic or sympathetic, most people will be able to see just how much of an oddity Mark Driscoll’s resignation is in the sphere of megachurch religion. Despite years of fame and prosperity, he has stepped down after relatively harmless problems which could have been handled in-house. He has taken the Christian principles of repentance and self-improvement to a new level after being exonerated from illegal activity. Still, his reputation has been damaged and that will not be easily forgotten by many. In the end, the question of whether the resigning preacher is an admirable figure or a pathetic one will have to wait to be answered. As the story stands now, he may just be a bit of both.

2 Responses to "The Oddity of Mark Driscoll’s Resignation"