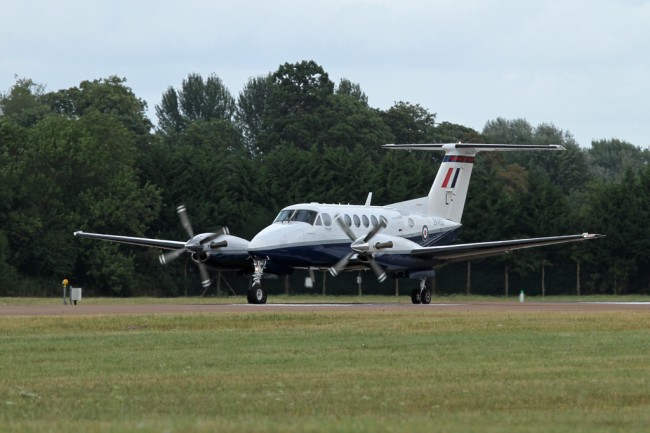 A plane crash that occurred at the Wichita Mid-Continent Airport in southern Kansas has been confirmed to have claimed casualties based on new reports from on scene. Thursday morning a small plane, that was headed towards Arizona had just taken off when it experienced engine problems. The pilot made an attempt to land the plane but reportedly lost one of its engines before crashing into a flight safety building. There were apparently an estimated 100 people inside the building at the time of the crash and only one person, the pilot, aboard the small plane.

The plane, identified as a Beechcraft King Air B200, appears to have hit the very top of the flight safety building across from the Wichita Mid-Continent Airport. The resulting fire was described by onlookers as being horrific, with the smoke from the crash being seen for miles. Images from the scene showed a thick black smoke rising above the building and flames shooting from the building where the plane hit.

There were about 50 or 60 firefighters called out to the scene to battle the fire from the crash. Once the blaze was contained, firefighters attempted to search the building for victims. They were soon evacuated from the flight safety building after structural concerns were brought to light and a portion of the building actually collapsed. The partial collapse and uncertainty about the structural integrity of the building has made it difficult for rescuers to continue searching for anyone trapped within the building.

Since the crash was first reported at the Wichita Mid-Continent Airport, there have been four confirmed casualties of the plane’s collision with the building as well as five other people listed as injured. Of the five individuals injured one is listed as being in serious condition, while another is listed as being in fair condition. The other three individuals hurt are listed in good condition. There are a reported five people that are still missing and unaccounted for. None of the names of the hurt, missing or dead have been released at this time. There has also been no word as to the condition of the pilot.

Investigators from both the Federal Aviation Administration and the National Transportation Safety Board are currently at the Wichita Mid-Continent Airport. While officials are still on the scene handling the search and attempting to determine exactly what caused the crash, operations at the airport have continued. Flights were still operating normally out of the airport and planes could be seen taking off from other runways. The only real disruption in the area was that a number of streets were blocked off around the airport and near the crash site.

Although the reported casualties from the plane crash at the Wichita Mid-Continent Airport are currently listed at four, there are still people that are unaccounted for inside the building which may change that count. Authorities are struggling with their search for the missing as concerns for the rescuers safety is also an important priority. The Wichita Fire Marshal, Brad Crisp, assured people that once the building was deemed more stable, the search for the missing would continue.