Will Season 7 Be the End for Game of Thrones? 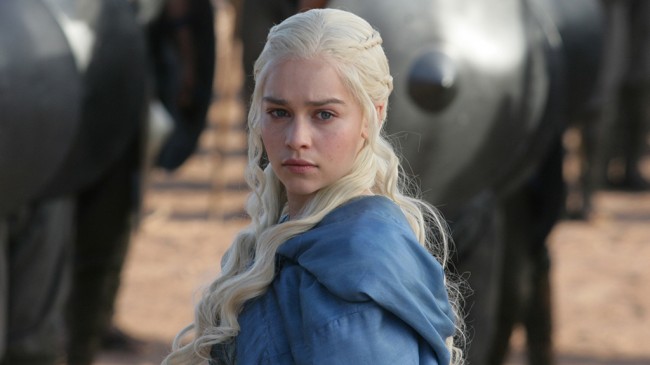 Game of Thrones may end at season seven. That is the current thoughts, even though HBO is yet to green-light the season. So far, most of the cast of the show confirmed they will do a seventh season, albeit for a higher salary.

Over the last few days, Game of Thrones actors and actresses negotiated higher salaries to add an extra year on their contract. They were previously confirmed for six years, and now there will be a seventh. That does not mean all characters will survive to the end, but the option is there depending on the route George R.R. Martin takes with his novels.

The hit TV show is based on Songs of Ice and Fire, a novel series written by Martin. There have been some changes to the storylines over the years, but the most important aspect of Westeros and the battle between kings and queens has remained. Martin is currently writing book six, while the Game of Thrones producers are filming season five. It is expected that seasons five and six will be based on books four and five from the series, likely with snippets from both books throughout the two seasons.

If book six is released before season five comes to an end, there is a possibility that snippets will be added into the sixth season. However, Martin will then need to work on season seven. It begs the question over whether season seven can be the end for Game of Thrones. Surely, the writers will need to wait for Martin to decide how the show will end.

The producers have always said they want to stick to seven seasons. It seems like a theme—seven seasons for seven kingdoms. Martin said that he wanted seven books for his seven kingdoms in Westeros. However, to make that work the writers will either have to spoil the ending for the book readers, or they will have to do their own ending to the series.

It certainly seems possible that season seven will be the end. Most contract negotiations end up with at least two more years added on. This has happened recently with Grey’s Anatomy and The Big Bang Theory. There are minimal times that only one year is added, and is a sign that the producers are not planning on any more seasons after this. Of course, HBO may have different ideas.

Supernatural’s Eric Kripke only wanted to do five years of the show. The CW wanted to do more because the show had become the network’s favorite. Jensen Ackles and Jarad Padalecki were happy to sign on, but the show saw a change in executive producers. It is now on its 10th, and possible last, season. Game of Thrones could take this route with new executive producers taking over if HBO wants to continue it; and it may do considering how popular the show is around the world.

There is still time to plan. Filming for the fifth season is still going on, with expected release in April 2015. However, there are signs pointing to the seventh season of Game of Thrones being the last, whatever may happen with the books.