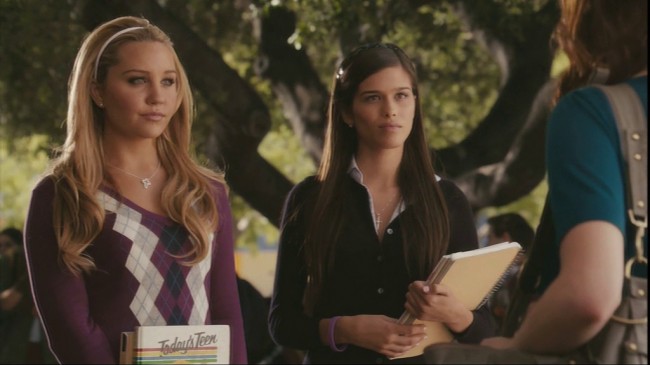 Amanda Bynes tweeted last week about being diagnosed with the mental illness bipolar disorder. While she later recanted the statement, which said that she was on medication, her behavior over the last few years has escalated beyond simple “acting out.” She has been arrested multiple times, involuntarily hospitalized and in the most recent event, was recorded using vivid descriptions of how she wanted to kill her parents.

Bynes is best known for the acting roles she played in her teen years. She has starred in multiple, lighthearted films such as She’s The Man, Hairspray and Easy A. When she was 13 she led The Amanda Show which was her own personal variety show. She then won the Nickelodeon Kids’ Choice Award when she was 15. For years Bynes has been known for the kind, innocent and “family-friendly” image.

In the last four years, the now 28-year-old Bynes has gone downhill both mentally and emotionally. In 2010 she announced via Twitter that she was going to retire from acting. She said she did not love it anymore and so she was going to stop doing it. She has since changed her mind, however, she is still taking time off. In 2012 there were multiple incidents reported involving several minor car wrecks and a misdemeanor charge of driving under the influence which she and her family later denied. In the months to come her behavior became more erratic including reports of her attending a spin class in lingerie and locking herself in a dressing room and a bathroom of different stores.

In 2013 Bynes said she had an eating disorder, uploaded topless photos of herself online and was arrested for marijuana charges. This was followed by numerous reports of minor, but strange behavior and in July she was put on a psychiatric hold which was later extended. Now in the most recent incident, Bynes was recorded talking about how satisfying it would be to murder her parents.

Amanda Bynes has mentioned at least two mental illnesses in the past four years. She has spoken about having an eating disorder, being sexually abused, which she later recanted, and has said that she was diagnosed manic-depressive and bipolar. Despite her follow-up tweets that said the post about being bi-polar was written by a friend, her erratic behavior does coincide with the diagnosis.

Bipolar disorder is an illness that usually presents in the early 20s or late teens. It is characterized by periods of intense emotional mood swings. The individual bounces from depressive, which is extremely sad, to manic, extremely happy. Studies show that the disorder can make some people incredibly creatively inclined, but it also increases behaviors such as risk-taking and high energy. Mental illness is highly stigmatized in this society, however, it is common. Bipolar disorder can be difficult to diagnose considering the fact that the age at which it begins to present is a tumultuous time for any individual.

If Amanda Bynes’s erratic behavior can in fact be linked to mental illness then the focus for friends and family trying to help should be less on her negative behavior and more on encouraging the positive swings. Mental illness is a difficult thing for any individual to deal with, whether they are in the spotlight or not. Considering the negative implications that follow mental illness, it would be especially difficult for someone as famous as she is to deal with such a pervasive condition.