American Music Awards: Who Was Nominated and Who Will Win? [Preview] 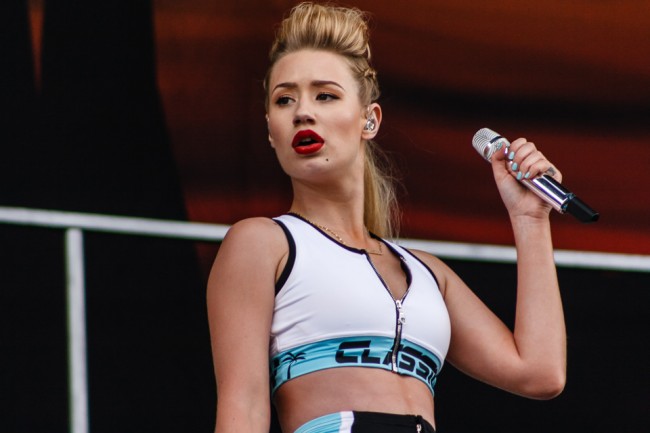 The 2014 American Music Awards will be held live, streaming from the Nokia Theater in Los Angeles, on ABC, from 8:00 p.m. to 11:00 p.m. ET, and the two main questions people have about them awards are who was nominated, and who will win. The performers who have been nominated are public knowledge, and will be also mentioned in this article as to who will be the winners…nobody knows, for sure, who will win the various awards, but that has not stopped rumors from flowing and predictions from being made.

Besides the musical performers who have been nominated and the fact that Pitbull will be hosting for the second year in a row, other facts are also known about the American Music Awards, like the amount of nominations that the musicians have received and the fact that the winners are determined by the votes of fans.

Also known about the American Music Awards is who will be performing on Sunday, November 23, at the star-studded event. The program will begin with the live television premiere of Blank Space by Taylor Swift, one of the hits off of her multi-million selling album, 1989. Swift will be presented with at least one award, the first-ever Dick Clark award, for her achievement with 1989 of having three albums in a row that have sold over a million copies.

Who was nominated and who will win the American Music Awards that will be presented? In the category of Artist of the Year, there are a whopping 10 musical artists/acts nominated. They are Pharrell Williams, Iggy Azalea, Katy Perry, Beyonce, One Direction, Luke Bryan, Lorde, Eminem, John Legend and Imagine Dragons.

This is going out on a limb, but based on the fact that fans are voting for these awards and that Ariana Grande is not up for this award, it is probably a reasonable guess that Iggy Azalea will win this award. Other strong possibilities might be that Luke Bryan, Beyonce, One Direction, or Katy Perry will win it, though everyone nominated is deserving of the honor.

The American Music Awards Kohl’s New artist of the Year award has five artists/acts nominated for it, one of them being Iggy Azalea, who might very well win the award. the other four are Meghan Trainor, 5 Seconds of Summer, Sam Smith and Bastille. Iggy Azalea will probably win this award, but if she does not win it, the award might go to Meghan Trainor or 5 Seconds of Summer.

One of the other big categories during the American Music Awards program will be that of Single of the Year. Five songs have been nominated, and they are Happy by Pharrell Williams; Dark Horse by Katy Perry (Featuring Juicy J); Fancy by Iggy Azalea; Rude by Magic; and, last but not least, All of Me by John Legend.

Fancy will be the likely winner of this award, though Dark Horse could very well also pick it up. Happy is a great song, but has already won many awards during 2013 awards shows, so might not have enough staying power to win this one.

The three other American Music Awards categories this article will discuss are the ones for Favorite Male Artist in the genres of Pop or Rock, Favorite Band, Duo or Group – Pop/Rock and Favorite Female Artist in the genres of Pop or Rock. There were just three male musical artists nominated for the Favorite Male Artist Pop/Rock award: Pharrell Williams, Sam Smith and John Legend. Going by fan popularity alone, it is probably safe to say that the winner of this award will be Pharrell Williams.

Who will win the American Music Awards Favorite Female Artist Pop or Rock award? There were only three female musical artists nominated this year for this award, and they were Katy Perry, Lorde and Iggy Azalea. Again, they all are definitely deserving to win this award, but it is probably likely that Iggy Azalea will walk home with it, though Katy Perry might be considered to be either a close runner-up or she might be the one who wins.

There were just three musical acts who were nominated for the American Music Awards Favorite Band, Duo or Group – Pop/Rock award. They were OneRepublic, One Direction and Imagine Dragons. Who will win this particular award? This is a tough one, but — again going out on a limb — One Direction will be the winner.

The American music Awards 2014 will showcase some of the best musical artists and songs of the year. While the artists who have been nominated are known, the winners are not — yet. Please tune in tomorrow night to check out the show, and then come back to the Guardian Liberty Voice to read the recap/review that will be here later in the evening!

One Response to "American Music Awards: Who Was Nominated and Who Will Win? [Preview]"