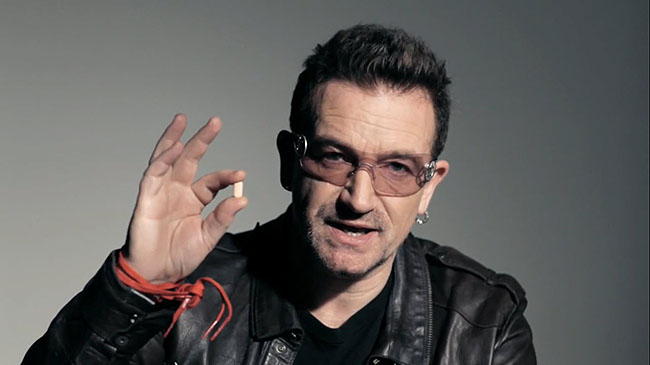 In awareness and support of World AIDS Day on December 1, Apple has launched a fundraising campaign for the next two weeks designating the proceeds from 25 Apps on the App Store to go directly to (RED)’s Global Fund to Fight Aids. Co-Founded by U2’s Bono in 2006, (RED)’s mission is to work with companies to fight for a generation free of the AIDS virus.

In addition to the two weeks of proceed from the 25 apps, the iPhone maker is also donating a portion of the profits from sales on Black Friday and Cyber Monday to (RED). Since 2006, companies selling designated (PRODUCT)RED merchandise have raised over $275 million for the fight against AIDS. The iPod maker alone has raised more than $75 million.

Apple’s CEO Tim Cook announced in a statement that the company was proud to be part of the (RED) fight because “the gift of life is the most important gift anyone can give.” For eight years Apple has been giving customers the opportunity to assist with the fight against AIDS in Africa by helping to support life-saving treatments which are having a positive impact. This year the computer giant has launch their biggest fundraising push to date with help from both Apple’s retail and online stores.

Six months ago, Apple and app developers to discuss (RED). The Cupertino, California company convinced these developers to take products and customize them with (RED) additions. Zynga, the developer of CSR Racing created a red Mercedes-Benz AMG GT for the (RED) promotion. Electronic Arts (EA) added a (RED) tournament for FIFA 15 that gamers can compete in.

Apple’s own GarageBand is going (RED) and offering a special In-App purchase that offers more than 300 new guitar, bass, drum, and synth loops and the drawing app Paper has also jumped in with a red icon and a red application theme. These are just some of the items and add ons that consumers will find in (RED) tagged products.

Besides EA’s FIFA 15 and CSR Racing, Angry Birds has gone (RED) along with Clash of Clans, Cut the Rope 2, Kim Kardashian: Hollywood, Despicable Me: Minion Rush and a number of others. Each app offers special levels or add ons to support the fight against AIDS. The range of apps available should provide a way for many customers to contribute.

Besides special (RED) apps, select products purchased on Black Friday in the company’s retail stores will earn customers a special (RED) iTunes gift card. The card is good on anything in the iTunes store and Apple will make a donation to (RED) when the card is used. In the past, Apple has offered a special (RED) iPod and other products, however, this years push appears to be the companies biggest yet.

Information from the (RED) website states that the average cost of antiretroviral medicine is about 40 cents a day. Apple’s (RED) promotion could easily help provide these needed medications for near 100,000 people. While Apple has been going (RED) from the starts of the foundation, the company has a desire to do more. Senior vice president Eddy Cue stated that the company is convinced that there was an opportunity to do more with (RED). This year, the drive to get developers involved with the program was an important step.