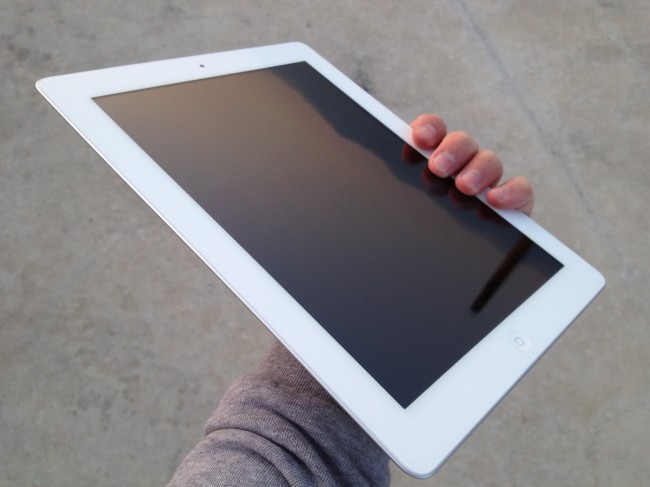 Schematics of a possible iPad Air Plus or other large variation of the popular tablet from Apple were published by Mac Fan, a Japanese magazine, and speculation puts the device as coming to consumers as soon as next year. In the magazine’s January issue, they call the larger screened iPad a Pro or Air Plus. Few details have been released with the schematics published.

The published schematics indicate the larger iPad would sport an impressive 12.2-inch LCD display. Dimensions of the device appear to be 12 inches by 8.7 inches. Falling along with the standard iPad Air, the thickness indicated is 0.28 inches. These details fall in line with previous rumors that were floating around about a larger iPad in the works.

The new iPad Air Plus from Apple that may come next year is expected to include a new A9 processor. This would be an upgrade from the iPad Air 2 which has a A8X processor. Previous rumors about the larger tablet indicated that it would use the same processor as the iPad Air 2, so this is new speculated information.

Besides the indication of an upgraded processor, the larger iPad appears to have speakers at the bottom and top of the device for better stereo sound. However, the overall design looks very similar to the existing iPad line-up. The schematics appear to not show any major design change or deviation from the current iPad line-up, other than size.

There is speculation by Mac Fan that Apple is also developing a new iPad Mini. The magazine believes that it will sport the A8X processor and resemble the iPad Air 2. It appears Apple is focusing on going as thin as possible, reducing weight and materials, but still providing the best possible products and performance.

A larger iPad could have very good impact in the market. Utilizing a larger display may open the door to more industries that have held back from the tablet from the iPhone maker because of size. The powerful processor and thin design could make it a true replacement on job sites for a full laptop.

The larger device could also make a huge impact with photographers. The large display and better processor could entice photographers to take the iPad Air Plus in the field for quick editing and transmitting of images. Architects and other industries may see a more enticing device in the larger tablet. The potential uses for a larger iPad seem endless.

Mac Fan believes that both the iPad Air Plus and new iPad Mini will be launched sometime in 2015, likely somewhere between April and June. This falls in line with previous rumored release dates of the larger iPad from Apple. However, Ming-Chi Kuo of KGI Securities believes the iPad Air Plus or Pro will likely not see mass production until the second quarter of the year. Instead, he believes that Apple will focus on the iPhone 6 Plus demand next and push the upcoming iPad Air Plus to later in the year.