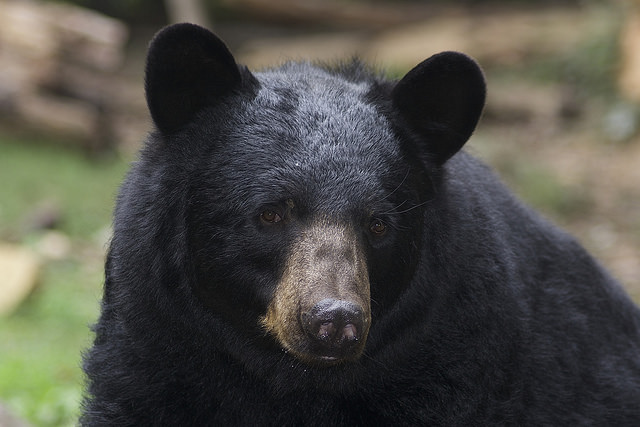 A Eustis, Florida woman and her 6-year-old son who had a bear enter their yard and come at them in their garage saw the potential attack foiled by an unlikely rescuer, their dachshund Daisy. The diminutive protector heard the woman, Krystal Long, scream as she saw the bear approaching and leapt immediately to her defense. Daisy weighs only 15 pounds, but was able to distract and stall the 200-pound animal until Long could throw a gas can at it and chase it away, but the dachshund suffered significant injuries in the process.Long’s husband, Tony was away on a hunting trip at the time of the incident, returning only after hearing what had happened. The family has lived in the home for eight years and is very familiar with the area and the wildlife there.

According to Long’s account, she and son, Wyatt, had just arrived with groceries which they were bringing into the house. The garage door was up, and the animal simply walked in while they were putting the first load of bags in the house. When they came out for another load, they were nearly face-to-face with the bear, and efforts to scare it away by screaming and throwing things did not work. It did, however, bring Wyatt running out of the house along with the dog. Long was able to get her son back into the house. The dog, seeing the threat and hearing her screams, attacked without hesitation. Sightings are common in this rural part of Florida, and residents say that it is usually easy to scare those that wander too close to residential areas away. This incident represents an unusual case, possibly a result of someone having fed the bear previously. The Florida Fish and Wildlife Conservation Commission set traps in the area after the incident, and reportedly caught a mother and two cubs in them, but none were the one which injured little Daisy.

In the fight, Daisy suffered several broken ribs as well as claw and bite wounds which required many stitches. She was treated at the River Oaks Animal Hospital, where she needed to be anesthetized twice for procedures to save her life. The cost of her treatment has already gone above $4,000, with a long recovery ahead of her. The family started a GoFundMe account for help assisting with medical bills for Daisy, and has received donations to meet their initial goal, but they are accepting donations still for what looks to be an extended recovery and rehabilitation. After suffering one setback with a drain tube which required the second surgery to fix, Daisy’s recovery is reportedly progressing well. Long has asked for prayers for the recovery.

The little hero has finally returned home to complete her recovery, which is a good sign for the worried family. Daisy the Dachshund has become a household name in the community of Eustis and beyond for her courage in foiling the bear attack. While she may not be ready to do battle for some time to come, her story gets bigger every time it is told and  her following of admirers continues to grow.